Rivalries between teams provide the game of football with compelling narratives. They give rise to classic moments and become the centre of our footballing conversations for years to come. In this regard, Manchester United – Liverpool forms a fascinating rivalry.

Rivalries are formed in two ways – through derbies between clubs located in the same city, and between clubs based on their respective footballing laurels. Derbies are one of the most fascinating forms of football rivalries, but the power dynamics between derby clubs may be unequal. There are many examples in this regard. FC Barcelona and RCD Espanyol are two clubs based in the city of Barcelona. But their fortunes are very different. Barcelona have 26 Spanish top-flight league titles and have won the European Cup five times. 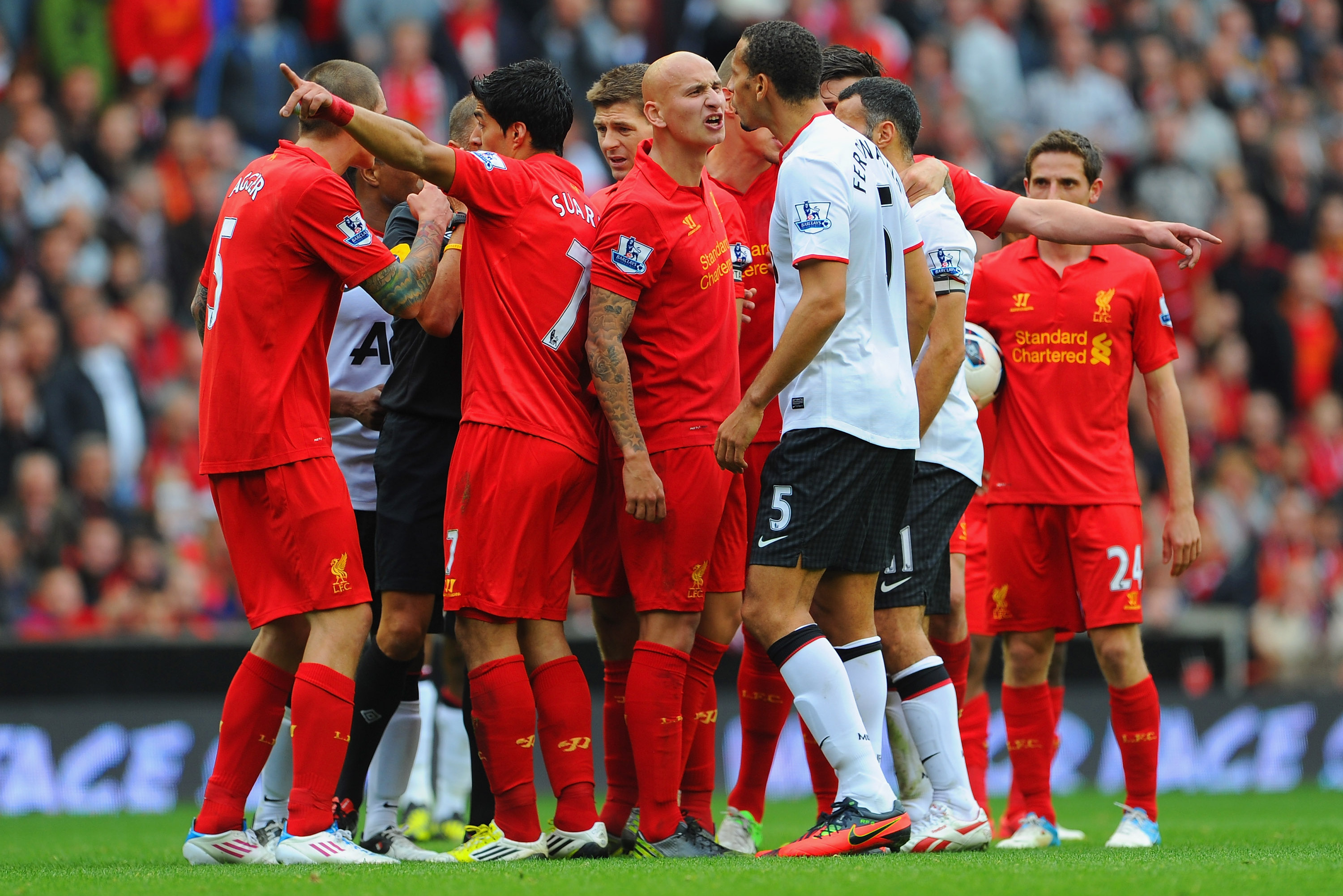 Espanyol on the contrary, find themselves relegated to the Segunda Division this season, and have astonishingly never won the Spanish league in the 119 years since the club was formed. The gulf between the two clubs could not have been wider. Such a gulf in achievements also exists in derby rivalries in other countries too. In England, there is the Manchester derby between Manchester United and Manchester City and the Merseyside derby between Everton and Liverpool.

In Germany, record Bundesliga champions Bayern Munich have a city rival in TSV 1860 Munich, a club that plays in the third tier of German domestic football today. Down south in Italy, the two Milan clubs AC and Internazionale, the Roman duo of Lazio and AS Roma and the Turin clubs Juventus and Torino also have ‘derby’ rivalries.

In each of these cases, there is a marked difference in on-field achievements between the two constituents of the rivalry. Thus, derbies are often not the best rivalries in football. Rivalries between football clubs are more interesting when both clubs are near equals in terms of honours and achievements on the field. That is why the rivalry between Manchester United and Liverpool is so captivating.

Manchester United v Liverpool: The most famous ‘even’ rivalry in football

The rivalry between Manchester United and Liverpool FC is the epitome of an ‘even’ rivalry in football. Over the years, Liverpool players like Kenny Dalglish, Ian Rush, Graeme Souness, Paul Ince and more recently Steven Gerrard have etched their names into their club folklore. The same is also true for various Manchester United players like Eric Cantona, Wayne Rooney and Rio Ferdinand among others. 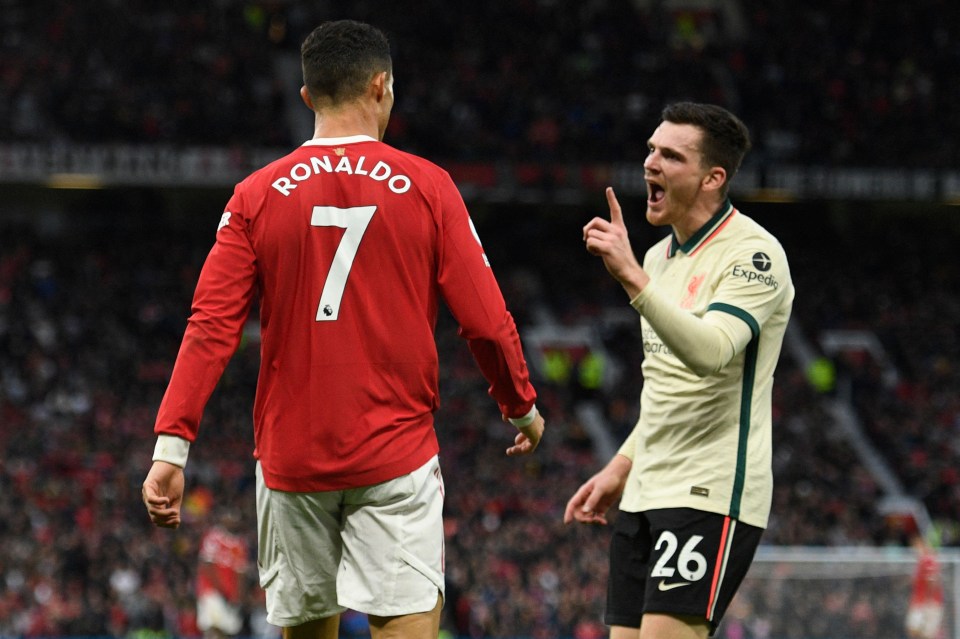 During the 1980s, Liverpool were undoubtedly the greatest team in English football, winning seven English first division league titles in a decade. They also won two European Cups in this period, doing so in 1980-81 and 1983-84. For more than two decades, Liverpool were the only team in English football to have won 18 English top-flight titles. But Manchester United’s appointment of a certain Scotsman named Alex Ferguson changed the dynamics away from Liverpool.

Since the arrival of Jurgen Klopp at Anfield, though, the tide has moved back towards Liverpool who have had a resurgence of sorts. Manchester United, on the contrary, have struggled since the retirement of Sir Alex Ferguson in 2013. In the 2019-20 season, Jurgen Klopp led Liverpool to their first English league title since 1989-90, delivering the club’s first title in the Premier League era; now Liverpool are just one league title behind that of Manchester United.

On the European stage, Manchester United are three behind Liverpool, having won the competition in 1968, 1999 and 2008. Sir Alex Ferguson led the club in their two latest triumphs in the competition while also enduring defeats to Barcelona in the 2009 and 2011 finals.

Liverpool have had a much more illustrious history in the continental competition. They won their first European Cup in the 1976-77 season and continued their dominance in the 1980s. Bitterness and jealousy also play a role in football rivalries that far transcends achievements on the field. For 27 years, Liverpool fans saw the rise and rise of Manchester United under Alex Ferguson while their club largely struggled to make an impact in the league or in European competitions.

Their brief moment of glory came in 2005 when Liverpool won their fifth and their most memorable Champions League title by beating AC Milan on penalties. It was a match that not even the staunchest Liverpool fan would have dared to dream of winning; the Anfield side trailed 0-3 at halftime.

However, Liverpool’s 2005 glory in Istanbul was avenged by Milan when the two sides met once again in 2007. With Rafael Benítez’s Liverpool trailing 2-0 at halftime, there was to be no miraculous Istanbul-like comeback in Athens. Despite an 89th minute Dirk Kuyt goal, Liverpool fell short. Since then, they have struggled in Europe and even played in the Europa League, the second tier of European continental football. 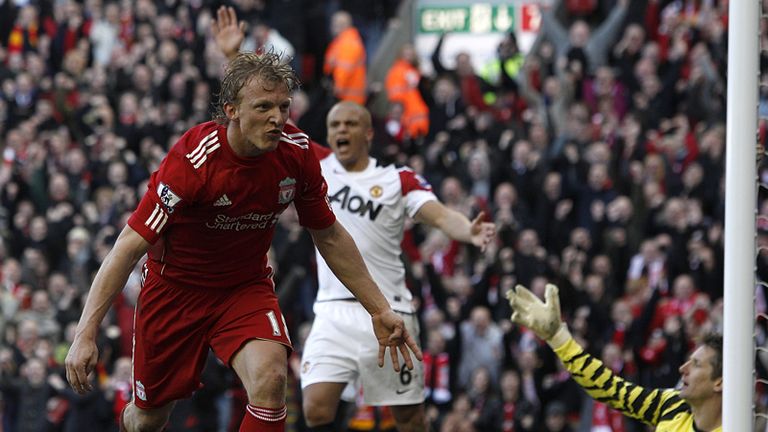 What makes the Liverpool – Manchester United rivalry so fascinating?

Rather, their respective achievements and desire to be the most decorated club in English football has sprung up this fascinating rivalry. For now, Manchester United are only narrowly in the ascendancy in the domestic scene. The way in which Jurgen Klopp has rejuvenated Liverpool, it is surely only a matter of time before the Merseyside club overtakes the Old Trafford outfit’s record of 20 league titles.

As far as the Champions League is concerned, Liverpool are way ahead of Manchester United, though. They are currently the third most successful club in the competition, with their six titles only behind that of AC Milan (7) and Real Madrid (13). With the decline of AC Milan in recent times, it may not be surprising if Liverpool overtakes the Italian club as well in the Klopp era.

There was once a time when Manchester United had all the bragging rights. But now the balance of power has shifted. United are no longer the best in their city; that honour now belongs to Pep Guardiola’s Manchester City. But the rivalry between the two Manchester clubs is not the greatest in world football, primarily because the rivalry is fairly recent, having evolved only in 2011; City are way behind Manchester United in terms of league or Champions League success.

Why is Manchester United – Liverpool the best club football rivalry in the world?

Football rivalries are most fascinating when two clubs have similar achievements, and the difference between the two is not an unassailable one. Liverpool now feels that they are within touching distance of Manchester United in the league title leaderboard, and this feeling of anticipation is necessary for their rivalry with the Old Trafford club to thrive.

Similarly, Manchester United appear to be a rejuvenated lot under former player Ole Gunnar Solksjaer but was sacked for Ralf Ragnick to take over. They haven’t been in their goo form but would fancy their chances of winning the league title next season when they get the right combination and would be hoping to retain their slender lead over Liverpool. In fact, Manchester United did come very close to doing that with Jose Mourinho at the helm back in 2017-18, finishing behind their ‘noisy neighbours’ Manchester City.

Barcelona and Real Madrid also have a fascinating rivalry and some would say that theirs is the greatest ever in football history. But Real Madrid have a significant lead over Barcelona both in terms of La Liga and Champions League titles. Real Madrid are a win away from sealing their record-extending 34th La Liga titles; Barcelona have won the competition on 26 occasions. In the domestic scene, the Catalan club has only been dominant in the last two decades, especially in the 2010s decade. Barcelona won the La Liga on six occasions during this period compared to Real Madrid’s meagre tally of two.

Barcelona have won the Champions League five times, but that pales in comparison with Real Madrid’s 13 titles that include four in the last six editions of the competition. Real Madrid (46) and Barcelona (31) have superior cumulative league and Champions League titles compared with Liverpool (25) and Manchester United (23).

Liverpool broke a tie with Manchester United by winning the Champions League last season before winning the Premier League this season. In contrast, Real Madrid haven’t come close to trailing Barcelona either in terms of league or Champions League success. The El Clasico may be the most-watched club football match in the world but the Real Madrid – Barcelona rivalry has political overtones too.