First contested in 1909, Chelsea v Tottenham is one of the major London derbies that takes place in the Premier League.

This London derby was not as heated a fixture in its initial years as the other major derbies in England like the Manchester derby, the North London derby or the Merseyside derby.

The 1967 FA Cup final between the London clubs changed the whole perception of the fixture after Chelsea fans saw two of their former players, Jimmy Greaves and Terry Venables, winning the 1967 FA Cup Final, the Cockney final, with Tottenham Hotspur.

The fixture has seen many players scoring against their former team. The derby though has seen quite a few goal scorers in its more than 100-year-old history and here we look at the top 7 all-time goal scorers in the derby

The second highest league goalscorer ever in the top 5 European leagues, Jimmy Greaves is one of the greatest ever goal scorers to ever grace the game.

A product of the Chelsea youth system, Greaves joined AC Milan in 1957, two years after turning professional before joining Tottenham in 1961. Greaves never scored a goal for Chelsea against Tottenham Hotspur in this fixture but has 8 to his name for Tottenham. Greaves spent 9 years at Spurs making 379 appearances and scoring 266 goals, their all-time leading goalscorer. 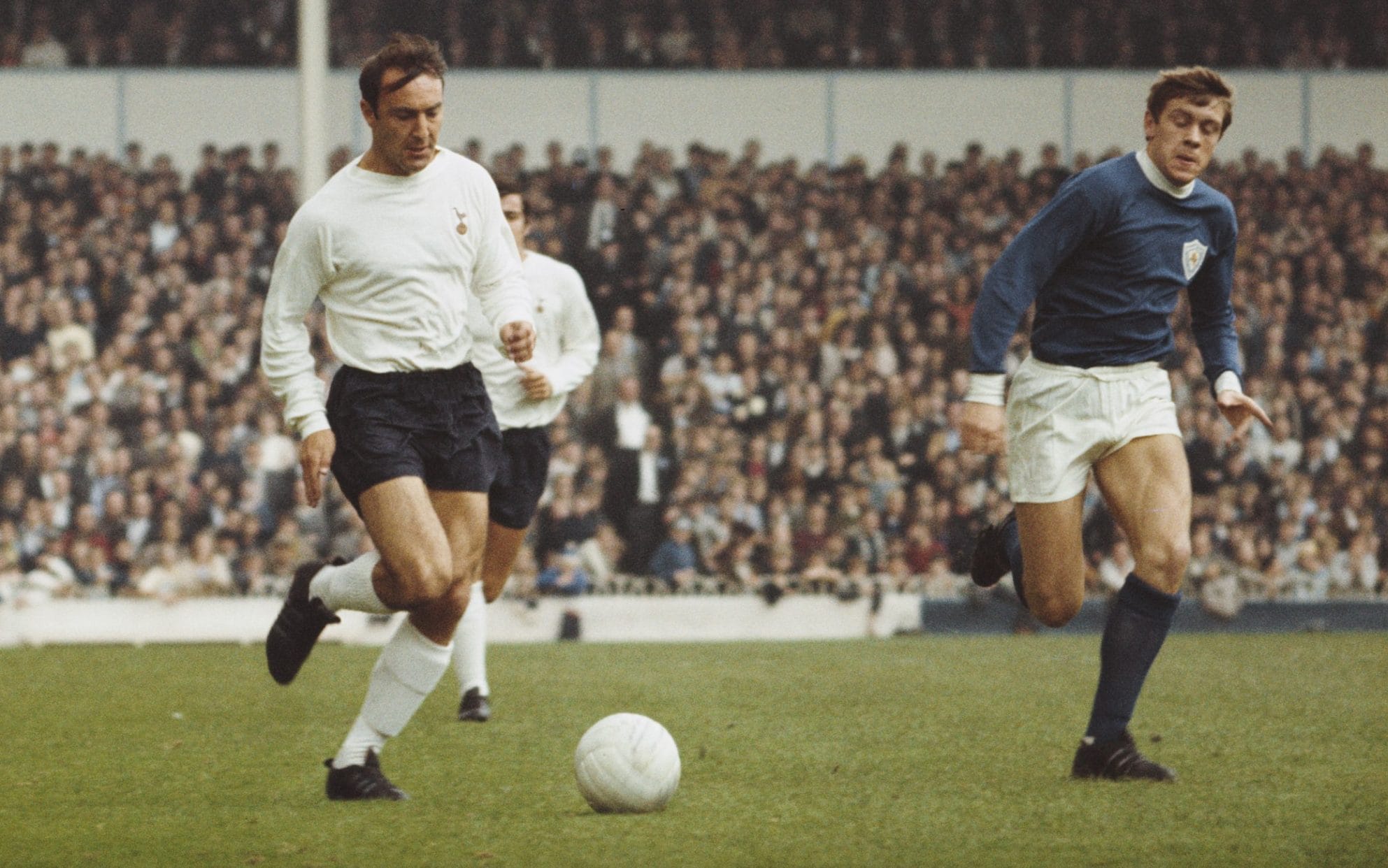 A World Cup winner with England in 1966, Greaves played 3 matches for the Three Lions in the tournament before injury ruled him out. A double FA Cup and a Seria A winner Greaves till date remains the 4th highest goal scorer for England with 44 goals in 57 matches and is the leading English league goal scorer ever in the Top 5 European League.

The presence of Greaves and Terry Venables in the 1967 Cockney Cup, FA Cup, victory over Chelsea is said to be one of the causes of the fierce rivalry.

A Swansea and Tottenham legend, Terry Medwin came through the ranks of his home side Swansea City before moving onto to join Tottenham Hotspur in 1956 for 25000 pounds.

Terry Medwin spent 7 years at Spurs making 215 appearances and scoring 72 goals for the Lillywhites. His 8 goals for Tottenham against Chelsea make him the 7th highest goalscorer in this fixture along with Jimmy Greaves and Kerry Dixon. 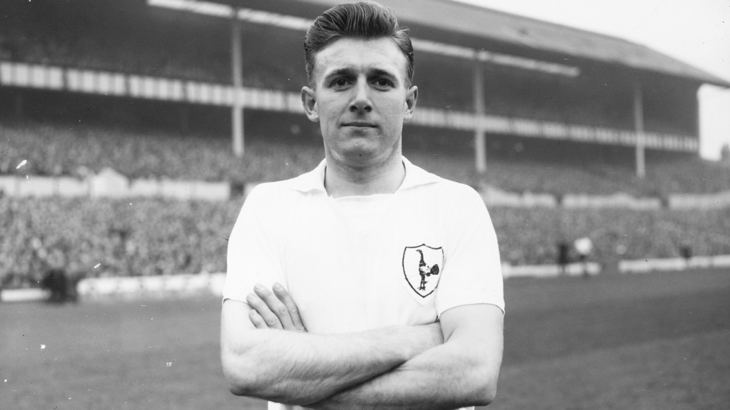 One of the last members to play for Wales in a World Cup, Terry Medwin spent 10 years with the national side making 30 appearances and scoring 6 goals, and remained the last Welsh player to score in a Major tournament before Gareth Bale scored in the 2016 Euro.

A broken leg in 1963 brought the career of Terry Medwin to an abrupt end.

The first Chelsea player on the list, Kerry Dixon, in the opposite manner to Greaves, was ironically brought up in the Academy of Tottenham Hotspur before being released by Spurs.

A double Second division title winner, Kerry Dixon joined Chelsea from Reading in 1983 for 150,000 pounds and spent 9 seasons with the Blues between 1983 and 1992 before moving on to join Southampton.

A Chelsea legend, Kerry Dixon made 420 appearances for the Blues, their 9th highest appearance maker, and scored 193 goals, their 3rd highest goal scorer. His 8 goals against Tottenham for Chelsea make him the 7th highest goalscorer along with Jimmy Greaves and Terry Medwin.

The Premier League’s all-time top-scoring midfielder, Frank Lampard is one of the greatest midfielders of all time.

The Chelsea legend came through the Academy at West Ham spending 6 seasons with the Hammers before joining Chelsea in 2001. The midfielder spent 13 years with the Blues making 648 appearances, the fourth highest appearance maker for Chelsea, and scored 211 goals for them, their highest ever goalscorer. 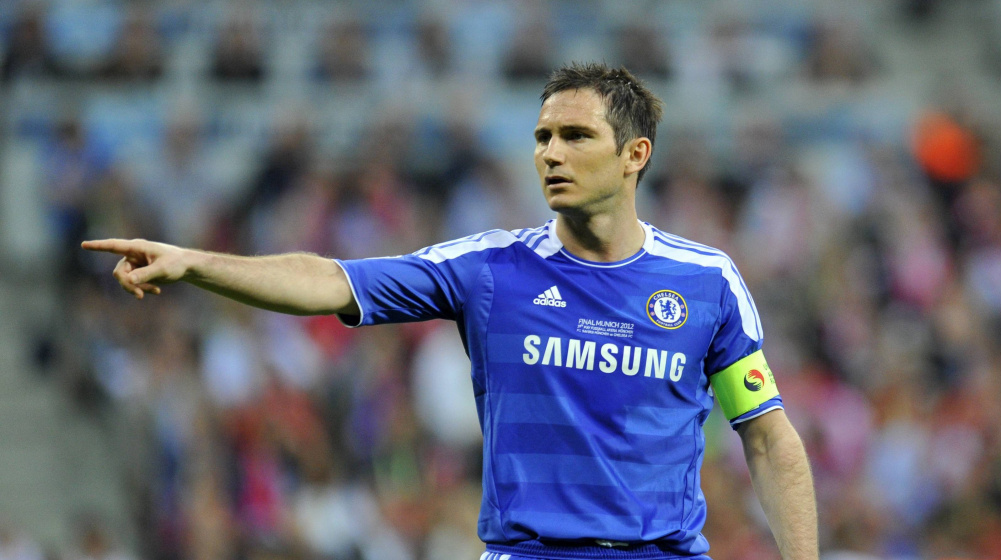 One of the key players responsible for making Chelsea one of the powerhouses in the Premier League Frank Lampard is regarded as one of the greatest ever players to wear the Blue of London.

9 goals against Tottenham Hotspur during his time with Chelsea makes him the fourth highest goalscorer in this fixture. The present-day Derby County manager won every trophy on offer with the Blues before moving from Chelsea in 2014.

One of the best left-wingers of his generation, Cliff Jones was brought up through the Swansea Town Academy before joining Swansea City and spending 6 years with the club before moving on to join Tottenham Hotspur in 1968.

Cliff Jones spent 10 years with the Lilywhites making a total of 378 appearances for Spurs and scoring 159 goals for them, their fourth highest goal scorer ever. The Welsh winger then moved on to join Fulham in 1968. 11 goals in this fixture make Cliff Jones along with Bobby Smith the second highest goal scorer of the fixture.

Along with Terry Medwin, Jones is one of the members of the last Welsh team to have played the World Cup in 1958. The winger made 59 appearances and scored 16 times for Wales in a 15-year-long career with the national team.

A Tottenham Hotspur legend, Bobby Smith was ironically brought through the Chelsea youth system spending 5 years with the Blues before joining Tottenham in 1955.

Bobby Smith spent 9 years with Spurs making 317 appearances for the club and scoring 208 goals, their second highest ever goalscorer, before moving on to join Brighton Hove and Albion in 1964. The forward, along with Jimmy Greaves, is the only ever player to score more than 200 goals for Spurs. 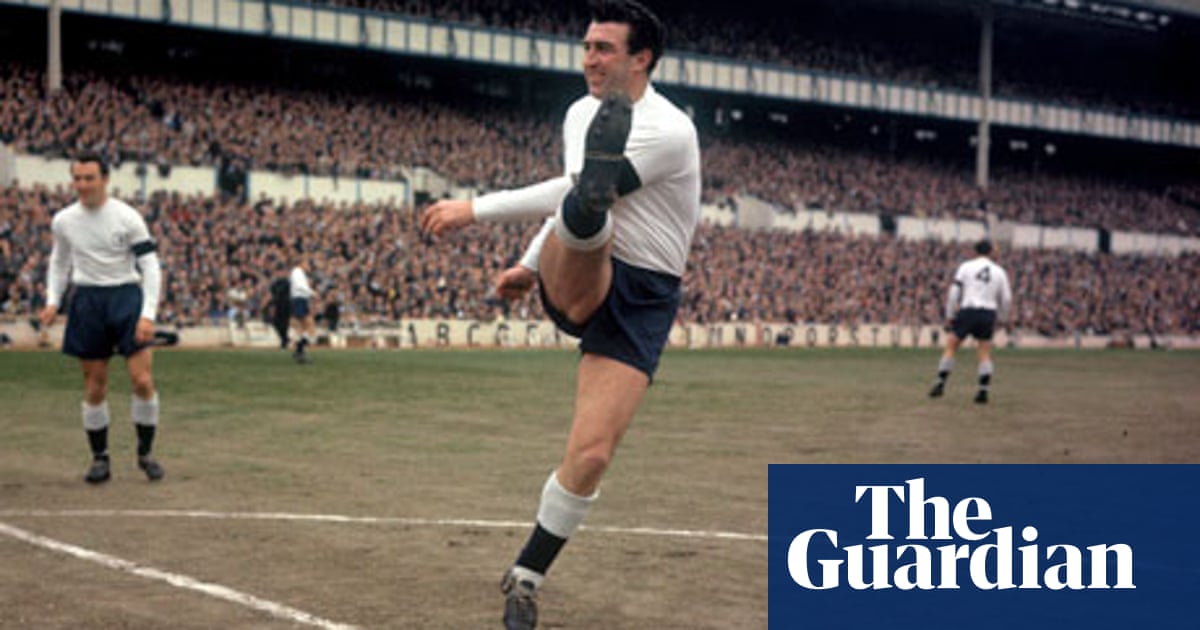 The only player on the list who has scored a goal for both the teams, Bobby Smith scored 1 goal for Chelsea while scoring the rest 10 for Tottenham Spurs. He along with Cliff Jones is the second highest goalscorer in this fixture with 11 goals.

Sadly the striker passed away on the 18th of September 2010.

Ironically the only non-British player on the list, Jimmy Floyd Hasselbaink absolutely loved playing against Tottenham Hotspur. The Dutch forward joined the Blues in 2000 for then a club-record fee of 15 million pounds.

The former Dutch international who had a rather vagabond career with 10 clubs in his 18-year career spent 4 seasons at the Blues making 177 appearances and scoring 88 goals for the Blue before moving on to join Middlesborough in 2004. 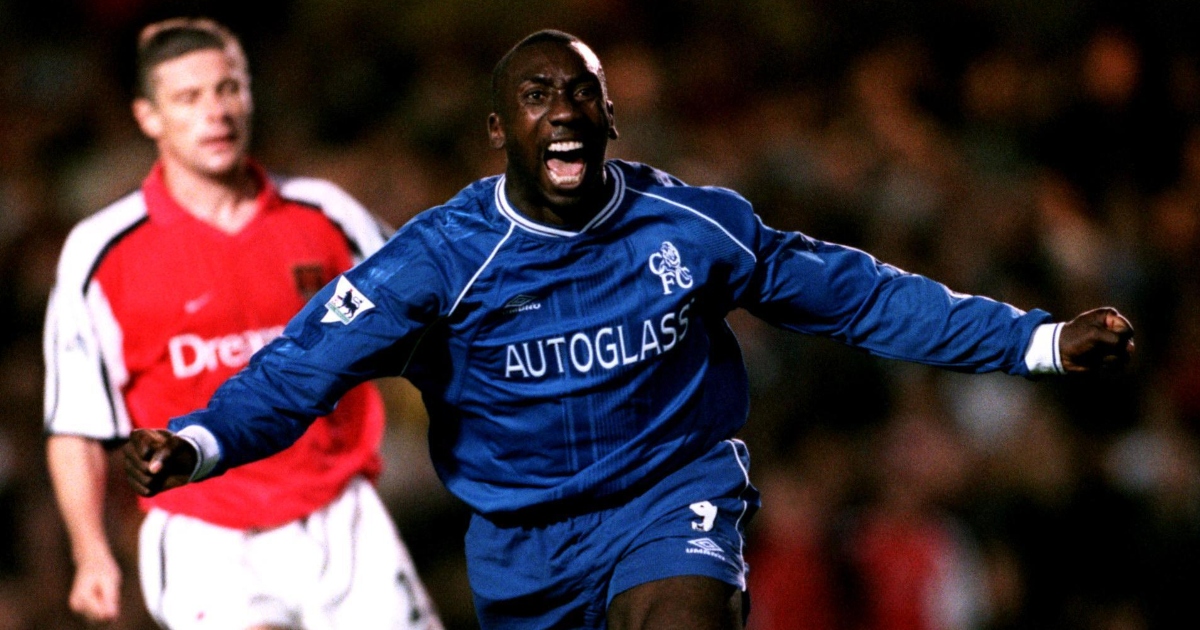