Group toppers Manchester City travel to Germany to take on RB Leipzig, who will be looking to seal a third-spot finish and enter the UEFA Europa League.

These are difficult times for an RB Leipzig supporter as the club, generally challenging the top teams in Bundesliga, are nowhere to be seen in the top half of the table. They languish in the 11th spot and are already out of the running to qualify for the Champions League knockout phases.

After a winless run in the competition, Leipzig secured their first win only on Matchday 5 by hammering Club Brugge away from home. The result was a little too late to resurrect their Champions League campaign. Tuesday’s opponents Manchester City and Paris Saint-Germain already confirmed their status as the top two sides.

A string of bad results recently and this season, in general, ensured the departure of manager Jesse Marsch with immediate effect. Amidst all the muddle, Leipzig will now hope to secure Europa League football, although they will have to match or better Club Brugge’s result on Matchday 6, which may not be easy considering the quality of their opponents.

RB Leipzig are in third place in Group A at the moment and faces an uphill battle this week. The German side parted ways with Jesse Marsch over the weekend and will need to be at their best to stand a chance in this game.

Manchester City have been ruthless and are expected to show no mercy on their opponents despite being guaranteed the top spot in the group. Pep Guardiola is unlikely to ask his team to ease off, especially when they need momentum on their side ahead of a busy festive period in domestic football.

Manchester City overcame the challenge of Paris Saint-Germain at the Etihad last time out in Europe. That win secured the top spot in the group and guaranteed first place irrespective of their result against Leipzig. Fans will certainly hope to see a repeat of the reverse fixture when the two sides provided entertainment with a nine-goal thriller. Man City won it with an incredible 6-3 scoreline, although things might be a little less active this time around. 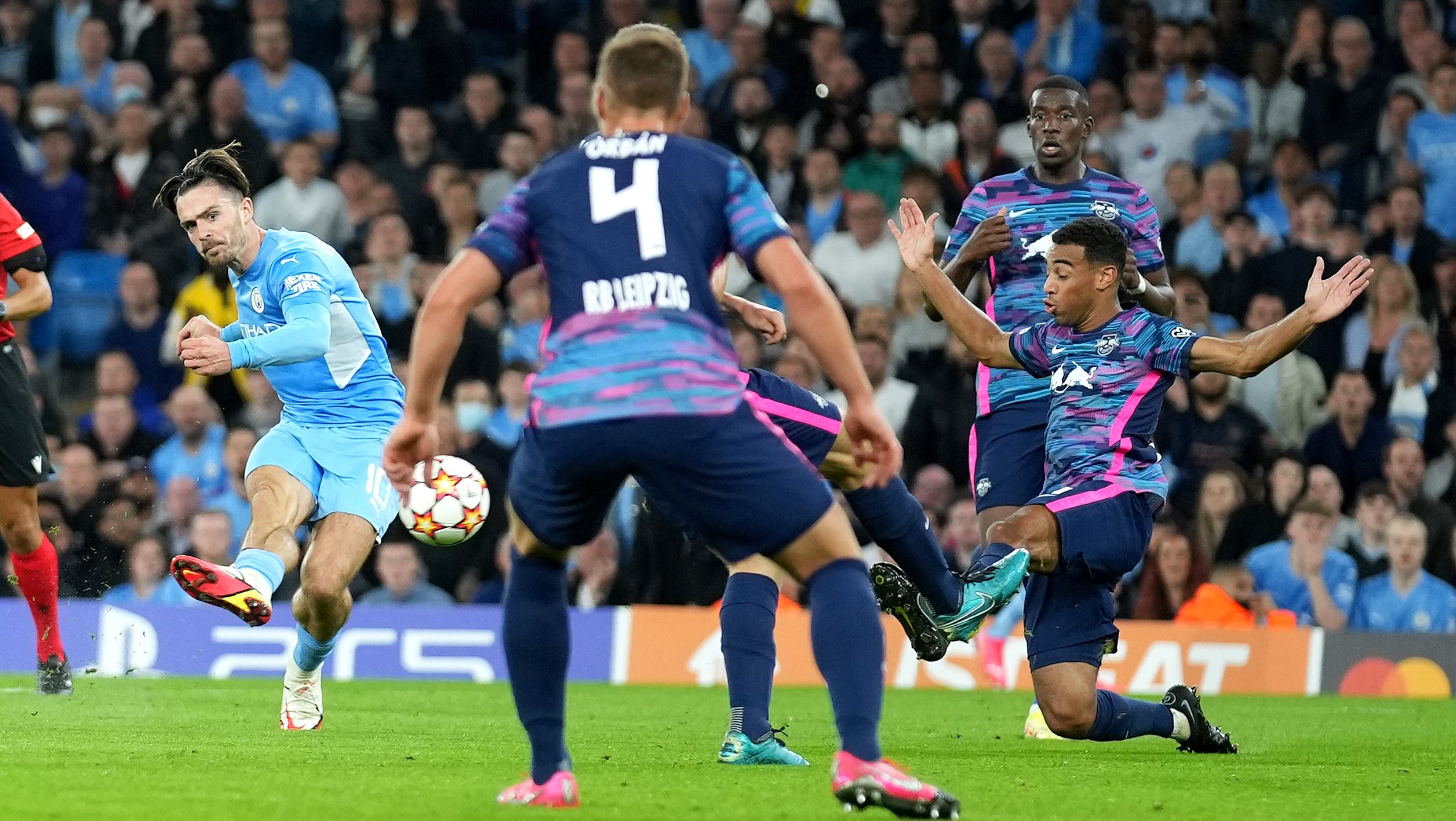 Leipzig will not like their growing injury list before such an important game that could determine if they play European football at all. As many as six players are confirmed to be out of with a further two cast as doubts.

Yussuf Poulsen, Marcel Halstenberg, Amadou Haidara, Dani Olmo, Marcelo Saracchi and Ilaix Moriba are all injured. Willi Orban and Hugo Novoa are also potentially absent as they are self-isolating due to Covid-19 related protocols. Interim manager Achim Beierlorzer will have midfielder Tyler Adams back in contention after the American served his Champions League suspension.

Yussuf Poulsen, Marcel Halstenberg, Amadou Haidara, Dani Olmo, Marcelo Saracchi and Ilaix Moriba are all injured. Willi Orban and Hugo Novoa are also potentially absent as they are self-isolating due to Covid-19 related protocols. Interim manager Achim Beierlorzer will have midfielder Tyler Adams back in contention after the American served his Champions League suspension.

Guardiola might bring in some of his fringe stars into the equation for this clash, as it could be an opportunity to provide much-needed rest to some of his overworked stars. Ferran Torres is the only known absentee in the squad through injury, as the manager has a fully fit team to choose from.

Zack Steffen could replace Ederson Moraes in goal, while Nathan Ake and Oleksandr Zinchenko could be included on the left side of the defence. John Stones could partner the Dutchman at the back, with Kyle Walker operating at right-back.

Rodri could be rested with Fernandinho set to take his place in the team, while Guardiola could hand Cole Palmer a spot in the lineup from the left side of central midfield. Ilkay Gundogan could complete the midfield three, as Bernado Silva could be on the bench.

Jack Grealish could get some time on the field as Guardiola could field the England international on the left side of attack, with Raheem Sterling expected to lead the line. Riyad Mahrez should slot in on the right side of the front three, as the manager could rest Gabriel Jesus for this encounter of little consequence.