Liverpool is one of the seven clubs alongside Arsenal, Manchester United, Manchester City, Chelsea, Tottenham, and Everton to be ever-present in the Premier League since its inception in 1992. Despite the Premier League’s existence since 1992, the January transfer window came into being only in the year 2003. This gave rise to a lot of panicky yet entertaining deals taking place during this period.

In spite of all the expensive misses, some true gems have also been discovered during this period, especially considering Manchester United signed Nemanja Vidic and Patrice Evra for a combined fee of £12.5 million during the 2006 winter window. Liverpool, who currently sit second on the league table, have experienced both sides of the spectrum. The £35 million signing of Andy Carroll in 2011 will forever be etched into the minds of the Liverpool supporters.

After having bitten Chelsea’s hand for a whopping £50 million to jet Torres to London, little did the Scousers know what was in store for them. In the end, Liverpool took a massive hit as they sold Carroll to West Ham in 2013 for a loss of £20 million.

Since then, the Liverpool board has spent money very cautiously in the January transfer window, splurging the cash only when value additions are available. On this note, we take a look at 5 of the most successful Liverpool signings during the winter transfer window:

A centre-back with a hammer of a left foot, Daniel Agger signed for Liverpool during the 2006 January window for a fee of £5.8 million. Despite an injury-ravaged start, the Danish defender became an integral part of the Liverpool backline for the next eight years.

A qualified “tattoo artist”, Agger went on to play 232 times for the Reds in all competitions, chipping in with 14 goals. Despite a lack of silverware on Merseyside (One League Cup title & One Community Shield), Agger’s love for Liverpool has never been in question.

The Dane’s desire and commitment impressed the fans which made him a cult hero at Anfield. After leaving Liverpool in 2014, Agger returned to his boyhood club Brondby, where he spent a couple of seasons before hanging up his boots. All in all, a terrific servant for the club and one of the best January signings in the club’s history.

One of the only two active-Liverpool players on this list, Daniel Sturridge would have been higher up only if his career hadn’t been ravaged by injuries.

Signed for a mere £12 million from Chelsea in 2013, Sturridge hit the ground running as he ended up with 11 goals in just 16 games that season. What we witnessed from the Englishman in the following season was nothing short of sensational. 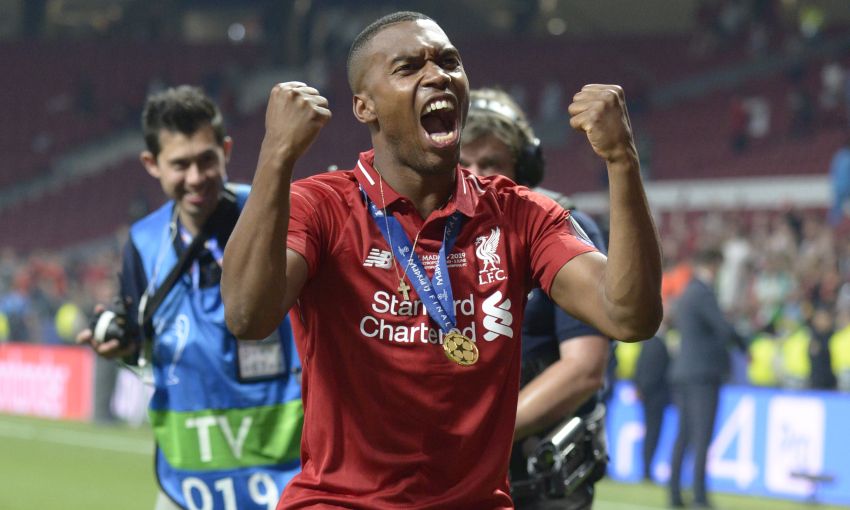 Sturridge, alongside Suarez and Sterling, led the charge for the 2013/14 Premier League title before a fatal ‘Gerrard slip’ ended their aspirations. The youngster finished as the second-highest scorer in the league with 21 goals in 29 appearances, only behind teammate Luis Suarez in the race for the Golden Boot.

That was as good as it got for the Englishman, as he roughly averaged 13 league games per season since the dramatic 2013/14 season. With reports suggesting that Sturridge could leave in the summer once his contract expires, Liverpool fans will be left wondering what could have been if he had managed to stay fit more often.

Thus, an injury-ravaged career means he finds himself fifth on this list.

When Mascherano and Tevez landed up at West Ham, the whole world was shocked. In the end, third-party dealings muddled the club’s image and as a result, West Ham were forced to pay a record fine of £5.5 million.

Amongst all the controversy, it was Liverpool who profited as they loaned in Mascherano from the Hammers in the January of 2007. After impressing with some steely displays from the middle of the park, Liverpool made his move permanent in the summer for £18.6 million. 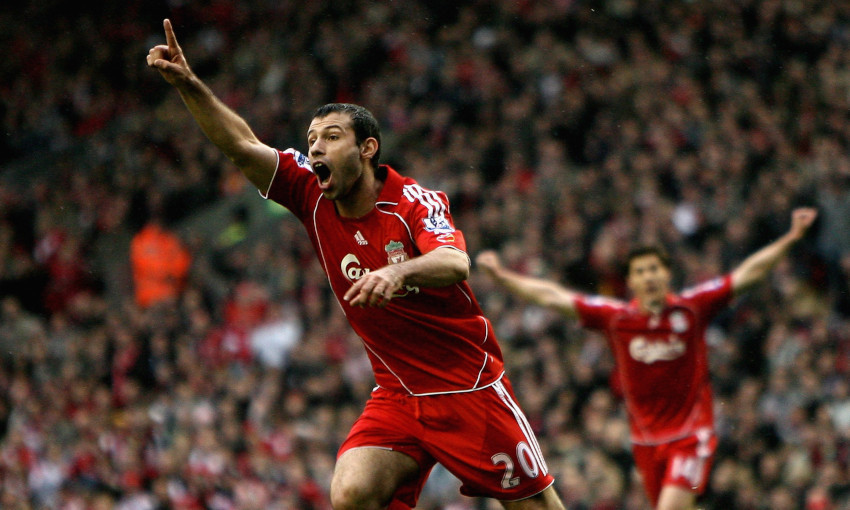 The Argentine’s presence alongside Xabi Alonso and Steven Gerrard added the much-needed grit and solidity in midfield. At one point in time, the trio of Mascherano-Alonso-Gerrard were one of the most feared midfielders in Europe. Mascherano appeared 139 times for the club during a 3-year spell before moving to Barcelona in 2010. The midfield general currently plies his trade for Estudiantes in Argentina.

Despite his recent struggles, Inter fans must surely be thinking Coutinho was the one that got away.

After a frustrating couple of seasons for the young Brazilian, the then 20-year old Coutinho decided to switch clubs. Liverpool and Brendan Rodgers came calling and paid Inter a meagre £8.5 million for the wonderkid in January 2013. Alongside Daniel Sturridge, Liverpool had acquired a player that would go on to play a major role in the following season’s title charge. The magical Brazilian made a habit of scoring worldies from outside the box. 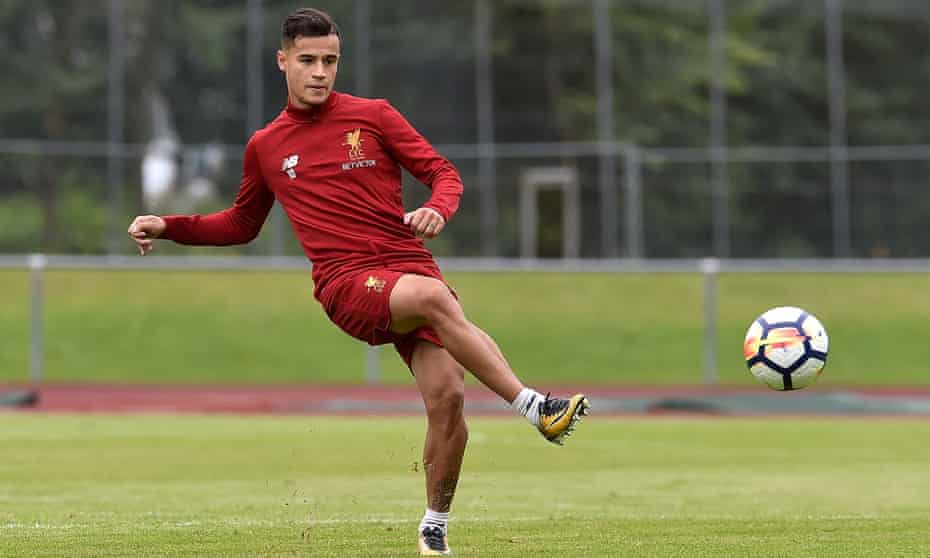 The Brazilian flair was there for all to see. Coutinho racked up 201 appearances for the Merseysiders, scoring 54 times in all competitions in a five-year spell at the club. His performances certainly caught the attention of the best clubs as Barcelona splashed in an initial £105 million to acquire his services in 2018. The selling price certainly dwarfs the cost price that Liverpool paid for him, making him one of the best January signings ever.

‘Big Van’, as he is commonly referred to by the Liverpool fans has completely transformed the Liverpool defence since his arrival a year ago. After becoming the most expensive defender ever, van Dijk has illustrated with his leadership why the club and Jurgen Klopp were particularly keen on the big centre half.

To put his impact into context, Liverpool have conceded just 14 goals in the league this season at a rate of 0.58 goals per game. Last season, the Reds ended the campaign, conceding at an average of 1 goal per game.

Such has been the Dutchman’s performances that he is already considered to be one of the best defenders in the club’s history. The Dutchman who was signed for £75 million last January has already made the fee look like a bargain. His positional skills combined with a good footballing brain make him the league’s best defender by a mile.

Liverpool fans will hope that van Dijk continues to lead the side by example and take the side past the finishing line in this year’s title race.

Currently, one of the best No. 9s in the world, Luis Suarez will go down as one of Liverpool’s and Barcelona’s all-time greats.

The Uruguayan spent just three and a half years at Anfield, and to be considered in the same breath as some of Liverpool’s greatest is a testament to the impact that the man had on proceedings. 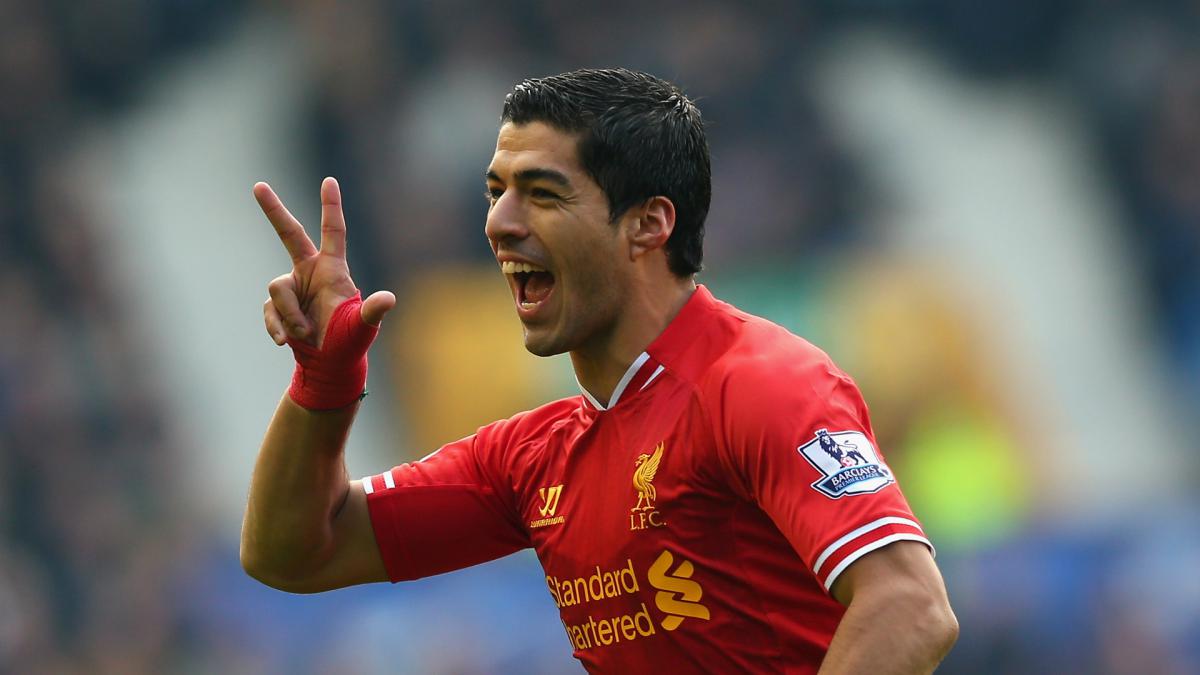 Suarez joined Liverpool from Ajax for a fee of £22.8 million in the fateful January transfer window of 2011, which saw the arrival of Andy Carroll and the departure of Fernando Torres. To replace Torres’ goals at Liverpool, it would be a big task for any player let alone Suarez.

While Carroll failed miserably, Suarez’s impact meant Liverpool fans forgot El Nino and they had a new hero to worship. In spite of all the racism and biting related controversies, it was Suarez who almost single-handedly led Liverpool to the league title in 2014.

The clinical striker racked up 31 goals in just 33 matches, a record in a 38-match league until broken by Mohammed Salah last season. All in all, the brilliant frontman ended up with 82 goals in 133 matches for the Reds.

Due to his brilliance, Suarez ranks number 1 in the list of January signings made by Liverpool.