More often than not, the expectations of certain individuals are painfully disproportionate to the reality of their situations. While certain footballers belong to certain positions on the pitch, replacing one individual with another will oftentimes not equate to an equal level of productivity.

Such is the case of Memphis Depay, who right now is gradually becoming the victim of unreal expectations from the club’s insatiable fanbase. In this article, we explore the tension between expectations and reality with regard to Memphis Depay.

The Lionel Messi replacement that never was

Having left FC Barcelona this summer, Lionel Messi’s productivity in the club is yet to be replaced. From direct goal contributions alone, the sextuple Ballon d’Or winner was responsible for almost 50% of all what the Blaugrana scored last season. His performances were at such a remarkably high level he is rumoured to, at worst, finish second in the Ballon d’Or this year. 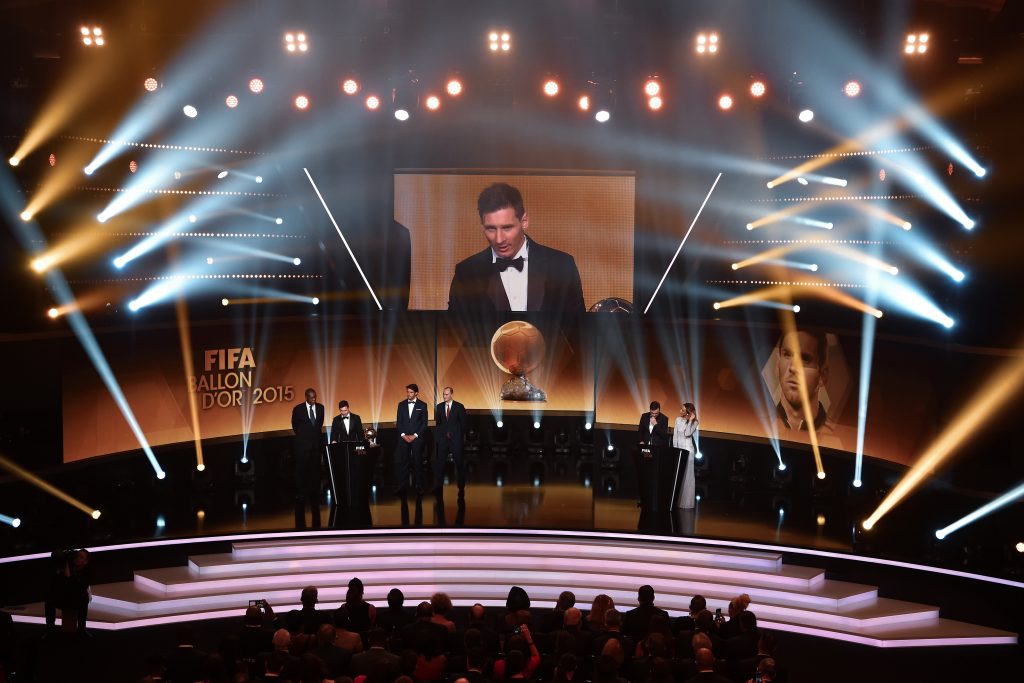 What Messi did for the club transcends mere goal and assist numbers. Whether or not he was directly responsible for a goal, La Pulga would be at the heart of some form of an action leading to it. In the 2018/19 Champions League, for instance, despite directly contributing 15 of 25 goals that were scored while he was on the pitch, Messi had a further five pre-assists to his name. Given the sheer number of long balls he played to Jordi Alba and the passes to his midfielders, it is a certainty that he had similar ratios in La Liga as well last season.

When Memphis Depay arrived at Barcelona, the original intention was never to supplant but to complement Messi. Two metrics, in particular, paint a picture of exactly why this is: progressive passes made and progressive passes received. According to FBRef, Lionel Messi has made an average of 9.87 progressive passes per 90, which unsurprisingly is in the 99th percentile among forwards in Europe.

As for Memphis, he received 12.19 progressive passes on a game-by-game basis. Similar to how the Argentine would function with Luis Suarez, Depay would offer a point of reference for Messi, which somebody like Antoine Griezmann struggled to provide.

Given that he can fluidly enter and exit the penalty box, he would be the ideal positional partner for Messi in this regard. He was meant to be a teammate of, and not a replacement for, Messi. Stylistically both players are categorically different. A player the caliber of the six-time Ballon d’Or winner cannot be replaced by another individual, given he was essentially a self-sustaining system. 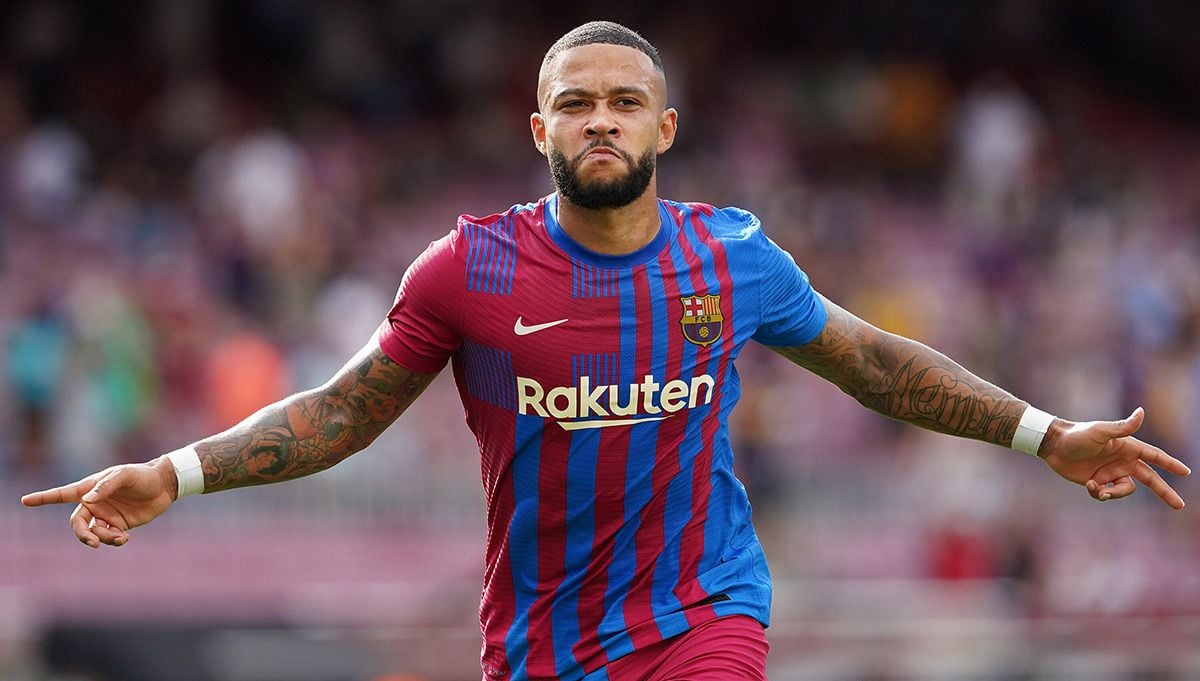 This is arguably the best footballer in history we are talking about, expecting that someone else would be a perfect fit in his boots would be ludicrous at best. What makes Messi so unique is his irreplaceability. It is the fact that simply nobody can do what he so nimbly does on a weekly basis.

Last season, for instance, despite a dry spell at the start of the campaign, Messi finished second in the Golden Boot race and claimed yet another Pichichi. Regarding his creativity, for the umpteenth year running, he was unparalleled to all others in a host of departments, and his overall performances have rightly led to him to clinch a seventh Ballon d’Or.

Memphis Depay is many things, but a Messi replacement he is not. The unrealistic expectation that the Dutchman would fill his Argentine counterpart’s boots has led to plenty of unnecessary criticism being pelted at him. The Barça number 9 has eight goals and two assists in La Liga this season, and for the vast majority of individuals, these are above-average numbers. The fact many Cules were used to an extraterrestrial footballer blinds them from seeing the frail humanity in others; humanity which Depay has often demonstrated.

If against Deportivo Alaves, Messi could score a brace from less than 0.1xG, then it naturally will take everyone else a lot more effort even to accomplish half that feat. Coming from unbridled brilliance such as this to someone far more flawed is bound to cause frustration. The implicit comparisons between Memphis and Messi are in every way, shape, and form unwarranted yet omnipresent. Until this stops, then next to nothing of all, what the Dutch forward does will genuinely be appreciated for its inherent value.

Not as bad as he seems

Judging individuals has always proven a precarious task for football fanatics. They will often make the mistake of comparing apples and oranges, with one such example being the aforementioned Memphis-Messi one. Even in the face of what objectively would be good form, all it takes is a few bad days for all his industriousness to be painfully ignored.

In the current race for the illustrious Pichichi, Memphis Depay has eight goals from fourteen league matches. His return on goals per game is at an impressive 0.53. It has to be said that he has never once scored more than a goal a game, proving that he is a reasonably consistent footballer, and one deserving a lot more credit than he received.

When assists are added into the equation, then his overall productivity is even more impressive. Bar the fact that his four goals in successive league games have gone completely under the radar, then, when factoring in assists, there are only five games in which he has not contributed to a goal. Or, in other words, he has contributed to goals in a third of his matches thus far.

His two assists are an underperformance, as he is at almost double the expected assists (3.75xA), proving he is clearly not getting his creativity’s worth. Memphis Depay is not the best footballer in the world, and he knows as much, but it seems that despite the sheer disparity between himself and Lionel Messi, the expectations remain relatively the same.

This season Depay has taken 26 shots on goal, with eight of those ending in the back of the net. The ratio is just under 3:1, which in itself is commendable. His status as a class but not world-class footballer by default means that his rates of finishing will be lower than those of the very best. Effectively open goals such as those against Alavés and Villarreal will end up being missed every now and then, and this is to be expected.

Memphis does not possess the poacher’s instinct of Robert Lewandowski or Messi’s magical finishing ability from virtually anywhere on the pitch. Despite the fact, we collectively know that he will be judged with the same if not harsher criteria. At this point, it is fair to mention that Memphis is pretty much operating alone at Barça. Two of the team’s top three goalscorers departed in the summer in Messi and Griezmann, while the third-highest, Ousmane Dembele has barely seen the green of the grass.

Even Ansu Fati has been understandably unreliable, suffering setbacks on his road to recovery. Martin Braithwaite would have been an important part of the team this season picked up a serious injury early in the campaign. Memphis has not had an ounce of stability in the final third. Every week in La Liga, due to injury or the horrid form of his teammates, a player or two are changed.

In the second half against Celta de Vigo, he ended the match as the only real forward on the pitch, after Ansu suffered an injury he is still nursing. It is always going to be hard for the individual, any individual, to perform without any legitimate form of stability around them. Regardless, many are quick to point fingers at him, ignoring all the factors around him influencing his performances to which his control is minimal or null.

With ten direct goal contributions in fourteen games, under three separate managers, in a team that has seen almost everyone but him forcefully rotated, it could even be said that the Dutchman has even overperformed. Not necessarily statistically, but merely in the fact that such circumstances are far from conducive for consistency of any sort.  That Memphis has been able to play this well in spite of how bad the conditions around him speak volumes of his character. Even though he will show struggles every now and then with regards to his finishing, he is simply not one to waver in confidence.

This much could be seen in the weekend victory over Villarreal, where despite a relatively poor first half individually, he was composed enough to snatch Barça from the jaws of impending defeat.

Does Memphis Depay deserve criticism? Most certainly, yes, he does, but it should always be constructive. His goal contributions thus far have been more than expected at this stage of the season, and for that, he deserves immense gratitude. Nevertheless, he needs to develop some more sharpness in front of goals and learn to put away clear-cut chances when they are presented to him at a higher frequency.

Comparisons with players lightyears above him will never lead to anything productive, as there are evidently highs the vast majority cannot reach. What Memphis can do, and hopefully will continue to do, is to keep up the best of what he is doing while making steady improvements in the aspects of the game in which he is lacking.

Placing impossibly high expectations on the Dutchman will only lead to unnecessary frustration from the fans. Instead, the focus should be on him bettering himself, not mimicking the greatest ever to play the game.