A lunatic match in north London ended with the Reds down to 10 men and a point apiece after some terrible refereeing decisions and finishing at both ends.

Hugely involved in a hit-or-miss match as he made some good punches, missed another, passed out well, and almost got closed down by Kane – it was a crazy 90′ with our goalkeeper heavily involved, the best of which was his fingertip stop on Dele Alli.

Nothing he could really do about the first goal… but more about the second one later.

His one-on-one save against Kane just into the second half was nothing short of miraculous – but then he totally missed an attempted slide-clearance to let Son in for their second.

Would be the man of the match without that mistake for the equaliser.

Made a really good start with two quality deliveries and a left-footed strike which was saved.

Sometimes caught on the back foot against Spurs’ counters as you’d expect, but at the other end always a threat and nearly scored a brilliant half-volley which was saved before the break.

Was it a shot or cross for his assist for our second?!

Repeatedly caught behind with Spurs’ direct balls for the front two, but less a Matip-specific problem than the fact we play so high and the midfield was much too spaced-out, not closing down those balls.

In actual defensive (rather than chasing) work, he was pretty good – a couple of key interceptions and the usual stylish passing out. One magic run in the second half almost made a goal.

Ibrahima Konate – 8 – Man of the Match

Wonderful block slide on Kane to stop a would-be opener early on, but couldn’t quite do the same a moment later.

Like Matip, the balls from deep gave him trouble due to a lack of protection, but he had the pace to recover several of them.

Some big tackles and recovery clearances in the second half including one late one which could have been 3-2 otherwise. 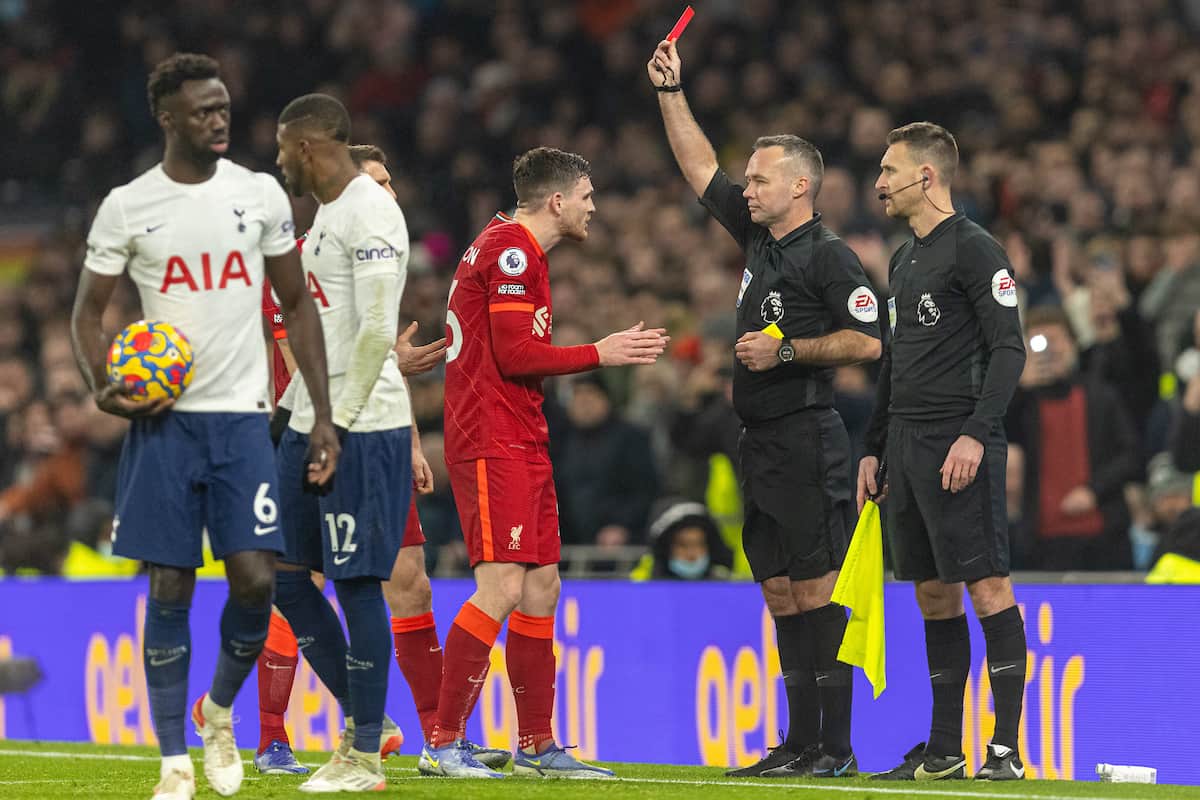 Should have scored one minute in with a header! Sadly just lacking at the other end for the goal too, stepping back out of line to play Kane onside. His attacking prowess is tremendous though and he again delivered a magnificent clipped cross for the equaliser.

This was a mad match with the full-backs prominent and Robbo heading in from two yards summed it up – before he was then sent off following a VAR check.

The 19-year-old was brought in for his full league debut in the absence of Henderson (illness), Thiago, and Fabinho (both covid).

On the ball was fine for the most part, though some longer passes were wayward. Playing as the No. 6 he was way too frequently left isolated and struggled to shut down those direct passes, though did fare better than expected in some aerial duals and second-ball challenges.

Booked early on, subbed on the hour mark – a massive and very different game to add to his experience.

On the ball, pretty decent. Lots of sprayed passes, clever turns, and the occasional dribble – but another of those who didn’t get close enough to the midfield or track the runs of Dele Alli.

Faded quite a bit second half and a lot of his passes lacked enough weight on them.

Well, he at least he has the excuse of not having much action recently. So many passes were underhit and put team-mates under pressure, while he was maybe most culpable for not shutting down the likes of Ndombele playing the big and direct passes to the attacking pair.

Did well with some cut-out interceptions late on in the game.

Considering the number of chances in the first half, it was a pretty quiet 45 minutes for the league’s top scorer!

A few moments of quick passing exchanges and some dribbles caused issues, but the chances didn’t fall his way in the first hour.

This ended his run of scoring or assisting in 15 consecutive games. It might have been wise for us to have got the ball to the best player in the world a bit more…

Let’s face it, he had a stinker for half an hour – then nodded in a much-needed equaliser and should have won a penalty just minutes later, too. 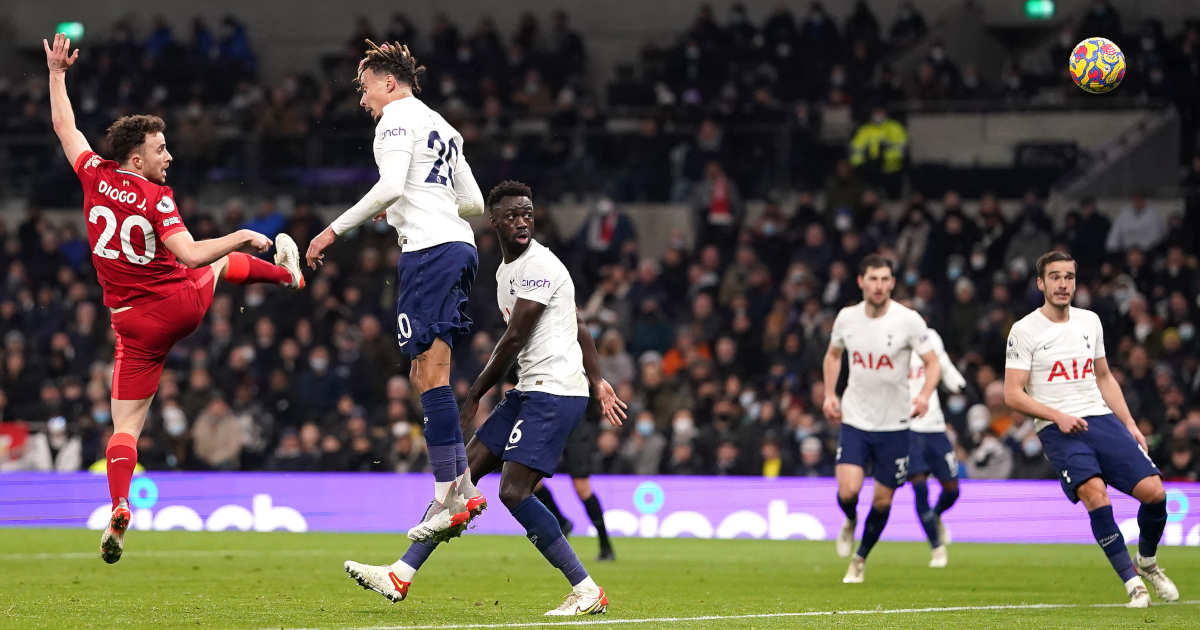 His 10th goal of the season, yet another with his head – very Robbie Fowler-esque. Much improved later, involved in more instances of closing-down, heading chances at goal, and some neat moments of link play.

The best player on the pitch in the first 45′ – he was irrepressible, beating Emerson Royal for fun, delivering some great passes into the box, and working non-stop to keep Spurs on the back foot.

Second half he was a lot quieter though, unable to really get at Emerson for a second time and eventually subbed.

5 players who should never have left Chelsea