Liverpool had to share the spoils with Crystal Palace in their first home game of this Premier League campaign. It was a troubling sight for the Reds’ fans as their team struggled to see off the Eagles. However, a remarkable display by Luis Diaz won them a point.

The Anfield supporters are understandably displeased with the sub-par performances, and they have put the blame on one man- their German manager Jurgen Klopp. Liverpool drew against newly promoted Fulham as well in their first game of the season.

Two draws from two games have seen the Reds stumble into midtable obscurity so early in the campaign, and the unhappy supporters have not kept quiet. Taking to Twitter to express their displeasure, the Reds’ fans slammed Jurgen Klopp for the recent inability to see games through with a win. Here is a selection of tweets from the unhappy fans:

title race over after 2 games this league might be washed

GW2 and Klopp is forced to wheel out Milner and start 19 year old RW Harvey Elliott as his two CMs. FSG should be lined up and stoned.

Would do so so much to see the bollocking Nunez gets. What’s even funnier is the fact someone’s gonna have to sit there with him translating what klopp says🤣🤣🤣🤣🤣

There’s no logical reason for Klopp to have started Nat Phillips ahead of Joe Gomez.

I’m not in the habit of trying to answer problems on the pitch with new signings. Klopp spoke about that more than once and I agree with him.

But we do need something significant because if we play like this, even as an improvement on last week, we’re dropping a lot more points

Nat Phillips aside, tactically that’s one of Klopp’s poorest matches in a while. Milner at LCM vs a side very dangerous in transition.Left Phillips on way too long. When it went to 10 men, took Elliott away from the right half-space & put Trent in there.Then switched Diaz to RW.

I have supported Klopp throughout everything. But this is all on him. Starting Phillips, and Milner, over Gomez, and Keita was a big mistake, and Liverpool were punished on the counter. Patience starting to wear thin. https://t.co/t7f8IWSL2F

'We can't help but run through a brick wall for him': Ben Davies praises Antonio Conte's impact 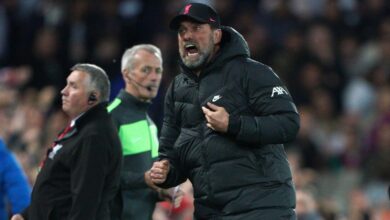 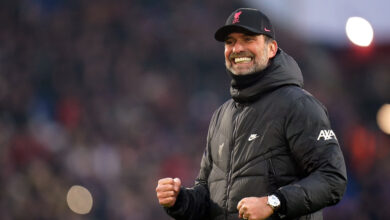 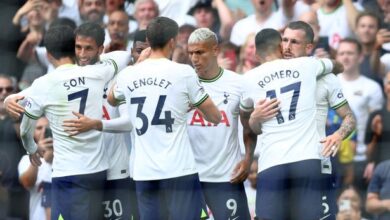