Following the frustration of midweek, the Reds emerged from the tunnel at Anfield with two changes in personnel, as Curtis Jones started in midfield and Oxlade-Chamberlain joined the attack.

As expected against a side mired in the bottom half of the table, Liverpool controlled the game from kickoff, with the first chance coming as Andy Robertson‘s cross sailed just over the head of Roberto Firmino. Cutting in from the left, as opposed to the right last time out, Diogo Jota was a constant threat, with three efforts in quick succession.

A dangerous corner from Trent Alexander-Arnold saw the ball land at Virgil van Dijk‘s feet in the 22nd minute, and the Dutchman could have opened the scoring in ideal fashion only to see his strike cleared off the line. At the tempo dropped, Liverpool grew ponderous in their use of the ball, and a sloppy pass from Joel Matip handed Ivan Toney a chance from range which he sent just wide of the post.

In the end, the opener came through another corner from the Reds – their sixth of the half – with Alexander-Arnold’s inswinger drifting all the way across goal and on for Fabinho to simply nod home. 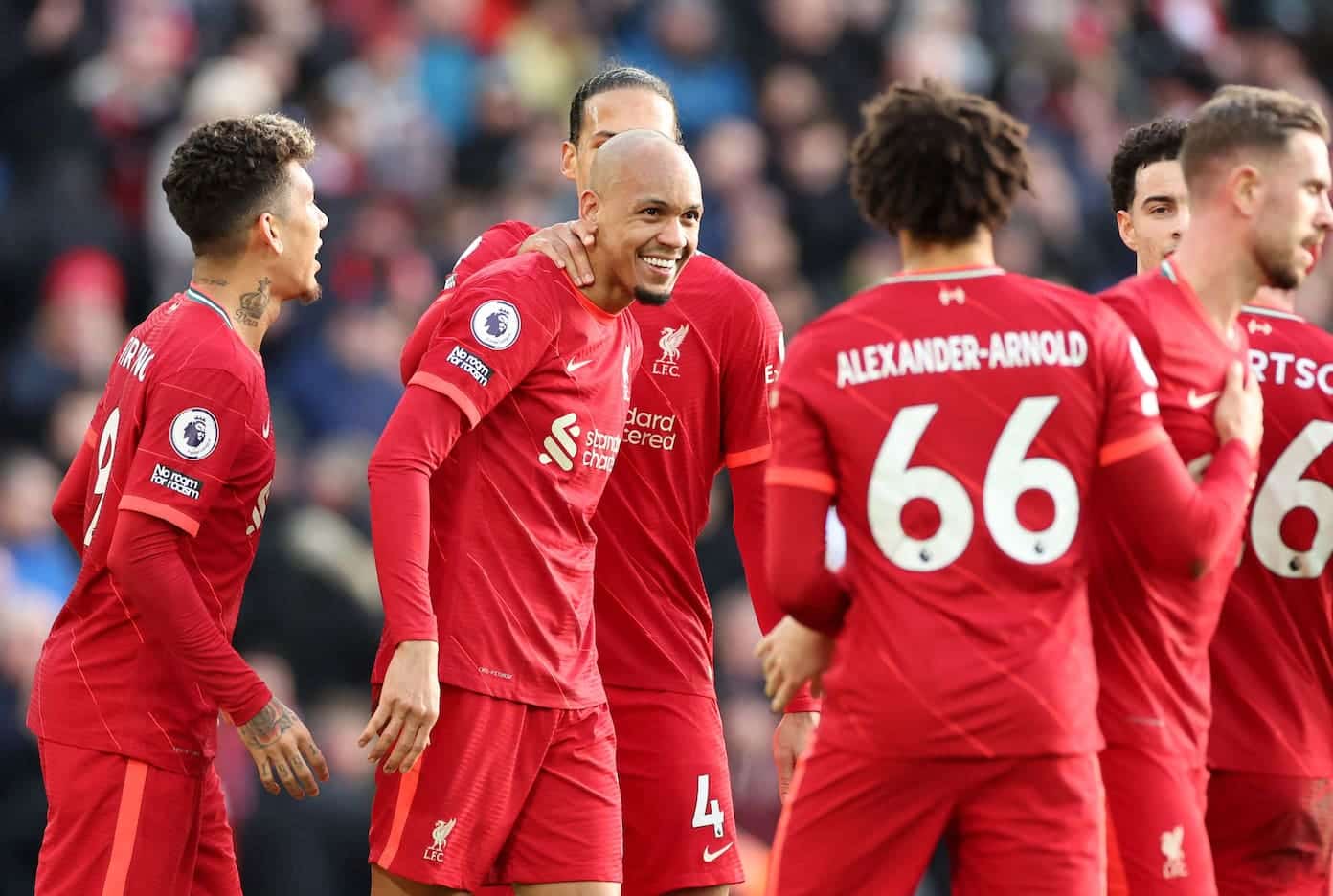 The second half began to chants of ‘Rafa, Rafael’ following the news of Rafa Benitez’s departure from Everton, who sits 16th in the Premier League, with Liverpool kicking off in free-flowing form.

With confidence high having taken the lead, both Fabinho and Jones tested goalkeeper Alvaro Fernandez from range, while at the other end Bryan Mbeumo twisted into space and fired just wide. The persistence of Alexander-Arnold crafted an opening for Jota, and a right-footed strike cannoned off the outside of the post, while Fernandez made a fine stop when one-on-one with the Portuguese soon after. 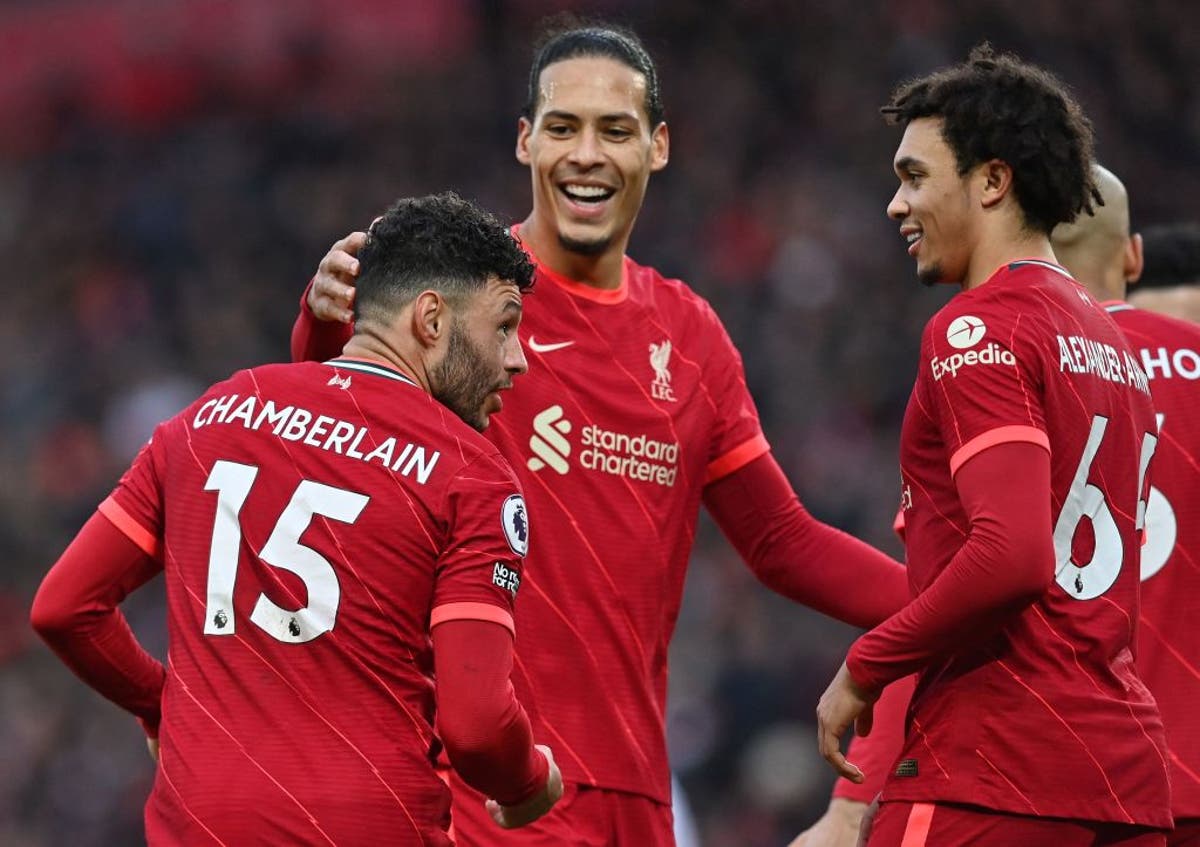 A second eventually came from the opposite flank, with Robertson crossing and Oxlade-Chamberlain converting with a brilliant diving header for 2-0. Minutes later, an ankle injury forced Oxlade-Chamberlain off, with a shake of the head indicating it could be a bad one for the No. 15 as Takumi Minamino took his place. Just like the 4-0 win over Arsenal, Minamino scored with his first touch of the game, marking his 27th birthday with a tap-in after brilliant pressing work from Firmino to embarrass Brentford‘s defence.

And with the game beyond reach for Brentford, on came 17-year-old, Kaide Gordon, for his Premier League debut, becoming the fourth-youngest player to feature in the league in Liverpool’s history. He almost marked it with a goal, too, having been sent through by Minamino, only to send his shot too close to Fernandez.

Coming after a difficult result for the Reds, it was a real lift as they ran out 3-0 winners, as attentions turn back to the League Cup with sights set on a place in the final.

Novak Djokovic to be deported from Australia after losing visa appeal