Everton welcomes neighbours Liverpool to Goodison Park on Saturday for the first Merseyside derby of the 2022-23 season.

The Toffees go into the match still winless from five Premier League games this term, while Liverpool rescued a last-gasp win over Newcastle United on Wednesday night to make it back-to-back victories.

It has not been an entirely convincing start by either of Merseyside’s powerhouses, but still five points and 11 places already separate them in the Premier League table after only five games. After failing to win any of their opening three Premier League games, Liverpool have now bounced back with successive victories, although they came in a very different fashion.

Any hopes that the record-equalling 9-0 humiliation of Bournemouth last weekend would see Jurgen Klopp’s side immediately return to their free-flowing best on a consistent basis were soon ended during Wednesday night’s meeting with Newcastle at Anfield, where the visitors took the lead through debutant Alexander Isak and had another goal disallowed by the narrowest of offsides. However, the Reds fought back to win in the most dramatic fashion, with Roberto Firmino levelling things up before Fabio Carvalho stole all three points with virtually the last kick of the match.

Newcastle’s anger at the 98th-minute winner – when only five minutes of injury time had been signalled – seemed to make the victory even sweeter for Klopp after a match in which he was visibly frustrated by the Magpies’ time-wasting, and even after only five games of the campaign, it felt like a significant win.

A draw would have left Liverpool already seven points adrift of Manchester City and nine behind Arsenal and, while there are still gaps to make up to the leading pack, the picture looks a lot better for them now than it would have had they dropped points for the fourth time in their opening five games.

There is still plenty of improvement to be made, though, and Liverpool’s habit of conceding the first goal – something which has now happened in eight of their last nine league games – will be an ongoing headache that Klopp is desperate to solve.

The fact that Liverpool have only taken one point from their two away games so far this term will also be a concern, and should they fail to win again on Saturday then it would be their longest winless run on the road from the start of a season for more than a decade. 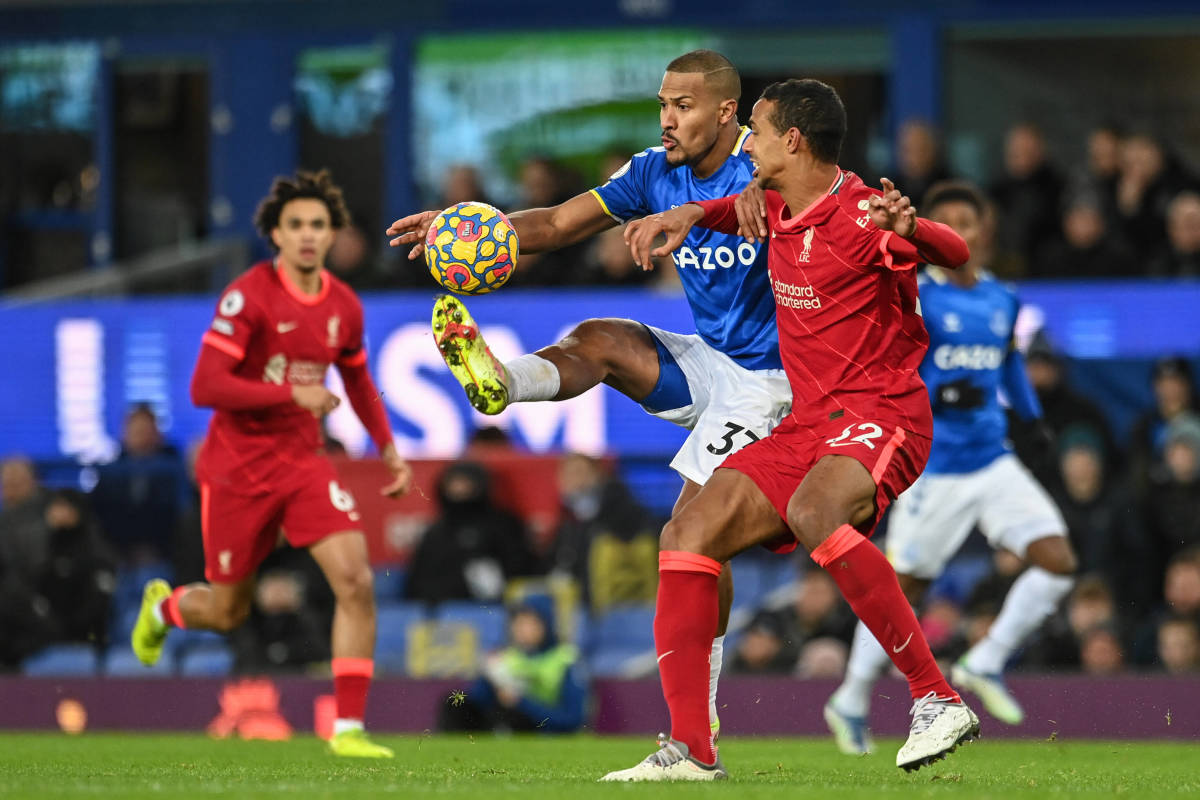 Visits to Goodison Park in recent years have more often than not ended in a share of the spoils – eight of the last 11 have seen the points shared – although Liverpool did win this fixture 4-1 last season and could now record back-to-back triumphs across Stanley Park for the first time since 2009.

Draws have been the theme for Everton in general recently, though, with Frank Lampard’s side recording 1-1 stalemates with Nottingham Forest, Brentford and Leeds United in succession. That form represents an improvement of sorts after they opened the campaign with back-to-back defeats, but they remain winless from five games this season, with only Leicester City having amassed fewer points from the 15 on offer so far.

Such a start will no doubt raise concerns that another relegation battle could be in the offing for Everton this season, although they are creating more shooting opportunities so far this term than they did on average in 2021-22. The problem has been converting those chances – an issue exacerbated by Richarlison’s exit and Dominic Calvert-Lewin’s injury – with the main goalscoring burden so far falling on the young shoulders of Anthony Gordon.

While Everton have failed to score more than once in a game so far this season, the 21-year-old has netted in back-to-back league games, and Lampard will have been happier than anyone to see the transfer window close on Thursday night following intense speculation over the player’s future this summer.

A star showing against the club that released him aged 11 would be a perfect way for Gordon to celebrate staying with the Toffees, although Everton have won just one of their last 23 meetings with their local rivals, and have not beaten them at Goodison since 2010.

Liverpool suffered a fresh injury setback during the win over Newcastle, with captain Jordan Henderson limping off with a hamstring issue. The severity of the problem has not yet been confirmed, but it was deemed serious enough for Liverpool to dip their toe into the transfer market on deadline day, signing Arthur Melo on loan from Juventus.

While Henderson is unlikely to feature at Stamford Bridge, Arthur is understood to be ready to play if needed despite his lack of game time recently, providing the requisite paperwork is completed in time. Klopp is unlikely to throw the Brazilian in from the start, although his midfield options are limited with Thiago Alcantara, Alex Oxlade-Chamberlain, and Naby Keita all still sidelined. 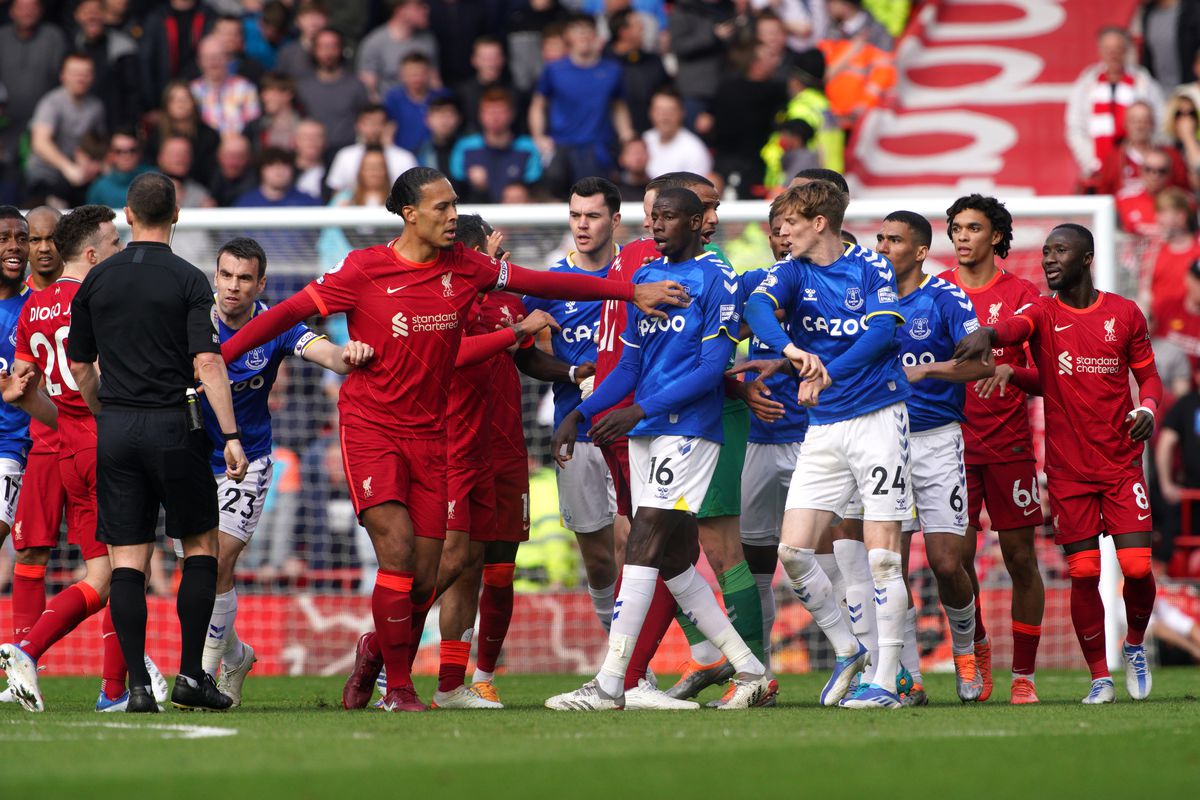 Liverpool will have Darwin Nunez back available following his three-match suspension, although Klopp may choose to keep his marquee summer signing on the bench in the fiery atmosphere of a derby – particularly with Roberto Firmino in fine form. Diogo Jota has an outside chance of being involved in some capacity as he nears his return from injury, but Ibrahima Konate, Calvin Ramsay, and Caoimhin Kelleher all remain sidelined.

Joel Matip and Curtis Jones were both on the bench in midweek, though, and could play some part this weekend. Carvalho will hope that his late midweek heroics are enough to earn him a starting role, while Harvey Elliott is also expected to retain his place after being hailed as the “best player on the park” by Klopp during the Newcastle win.

Mohamed Salah has scored four goals for Liverpool against Everton, three of which have come at Goodison Park, and another this weekend would see him equal Michael Owen‘s club record for most away goals against Everton in the Premier League.

The Toffees have injury problems of their own too, and once again this match will come too soon for Calvert-Lewin to return from a knee issue. Yerry Mina, Ben Godfrey, Abdoulaye Doucoure, Mason Holgate, and Andros Townsend are all still absent too, although Lampard was able to bolster his ranks with a couple of deadline-day signings.

Idrissa Gueye returned to the club from Paris Saint-Germain and James Garner joined in a £15m deal from Manchester United, and both could be in line for their debuts should the paperwork be completed in time.

It was paperwork that denied Neal Maupay his debut for the club during the midweek draw at Leeds, but the summer arrival from Brighton & Hove Albion could finally make his bow this weekend – more than a week after he joined.