The EFL Cup is back in action this week as Arsenal takes on Liverpool in a crucial semi-final clash at Emirates Stadium on Thursday with the tie-in balance.

This fixture should have been the first leg but the game was postponed, and now Arsenal holds the advantage – albeit a slim one – in the battle to face Chelsea in the final after claiming a 0-0 stalemate at Anfield last week.

Arteta’s managed to keep the tie level despite losing Granit Xhaka to a red card midway through the first half. He is suspended for the second leg and Arsenal have four players away on African Cup of Nations duty, although Pierre-Emerick Aubameyang is no longer with the Gabon squad but remains unavailable.

However, the Gunners have seven others rated as doubtful, including Martin Odegaard, Bukayo Saka, and Emile Smith-Rowe, but Liverpool also have a lengthy absentee list. Arsenal had their game against Tottenham Hotspur rescheduled and will want to step up this week.

Liverpool, on the other hand, are missing Mohamed Salah, Sadio Mane, and Naby Keita due to the African Cup of Nations. The Merseyside giants have 5 further absentees and their attacking options have been hit further by a knee injury to Divock Origi, with Alex Oxlade-Chamberlain also expected to miss out with an ankle issue.

The Reds head into this encounter on the back of a 3-0 win over Brentford at Anfield on Sunday. The win moves Jürgen Klopp’s men second on the Premier League table and will be confident ahead of this blockbuster clash.

The Reds have a slight edge over Arsenal and have won 92 out of 235 matches played between the two sides. Arsenal have managed 82 victories against Liverpool and will want to cut the deficit in this fixture.

Their most recent meeting took place in the first leg last week and ended in a 0-0 stalemate. The Gunners held Liverpool at bay on the day and will want to take it up a notch on Thursday.

Nicolas Pepe, Thomas Partey, and Mohamed Elneny are on international duty and won’t be unavailable for selection. Whiles Bukayo Saka, Martin Odegaard, Takehiro Tomiyasu, and Emile Smith Rowe are also doubtful for this fixture Granit Xhaka, who was sent off in the first leg of the EFL Cup and is suspended for this encounter with Sead Kolasinac, Cedric Soares are out injured. 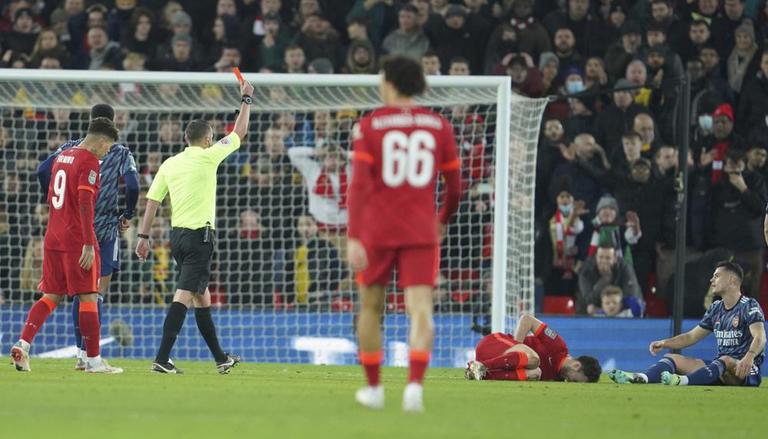 Jurgen Klopp will have to do without the African trio of Mohamed Salah, Sadio Mane, and Naby Keita this week. Thiago Alcantara and Divock Origi are injured and have also been ruled out of this fixture.

Teenage sensation Harvey Elliot just returned to training and won’t be considered with Alex Ox Chamberlain highly rated to miss out due to knock during the Brentford win.