Chelsea are now in the second position in the league table with 43 points from 21 matches. Liverpool are third with 42 points from 20 matches. Both trail Manchester City by a margin of 10 and 11 points respectively. It would take a Herculean effort from either side to catch the table-toppers.

On that note, we would take a look at the three factors which stood out in the match:

#1 Chelsea had more possession initially but Liverpool went ahead

Chelsea started the match brighter than Liverpool and could have gone ahead quite early in the match. Caoimhin Kelleher, Liverpool’s goalkeeper, did brilliantly to clear the ball off Pulisic’s feet after a mistake at the back from Trent Alexander-Arnold. Chelsea had around 65% ball possession during the first 15 minutes of the match, but could not register any attempt at Liverpool’s goal.

Chelsea, playing with a 3-4-2-1 formation, were more dependent on Marcos Alonso’s overlaps initially to launch their attacks. However, Cesar Azpilicueta started making overlapping runs through the right flank as the match progressed.

Liverpool went ahead as Trevor Chalobah made a mistake in clearing the ball. He tried to use his head to clear a low cross when he should have used his feet. The ball went to Mane off Chalobah’s head, and the former kept his composure to finish neatly.

Liverpool, playing in their customary 4-3-3 formation, were happy to sit back and defend. They were looking to play long balls to their forwards from inside their own half. Trent Alexander-Arnold and Jordan Henderson played quite a few long balls and through-passes to Salah and Mane.

Salah got one such ball from Alexander-Arnold inside the Chelsea penalty box and went past Alonso to score with his left foot. Liverpool were 2-0 up before the half-hour mark despite the high work rate of Chelsea players.

Just when it looked like Chelsea were down and out, they came back strong with two quick goals. As mentioned earlier, Chelsea could hardly test Kelleher in the first 30 minutes or so. However, Kovacic tried to do as the ball reached him from a Chelsea corner. Kovacic took a few steps backward and volleyed home from outside the penalty box.

The goal could probably be regarded as a bit of a fluke, but the Chelsea players were not complaining. The intensity of Chelsea’s attacks increased after goal and they started playing more long passes into the Liverpool half. Two such one-touch passes from Antonio Rudiger and N’Golo Kante took the ball to Pulisic inside the Liverpool box. Pulisic kept his cool and beat Kelleher to his left to score the equalizer. It was a frantic first half, which saw both sides playing a high-tempo, direct game and also scoring goals.

#3 Both teams had their chances in the second half, but neither could score

The second half began with the same intensity that was on display before the break. There was a flurry of good saves in the first 15 minutes of the second half. Edouard Mendy dived to parry a Salah’s left-footer in the 57th minute and then denied Mane with a good stop in the 59th minute. Kelleher then dived to save a half-volley from Pulisic to prevent Chelsea from going ahead. 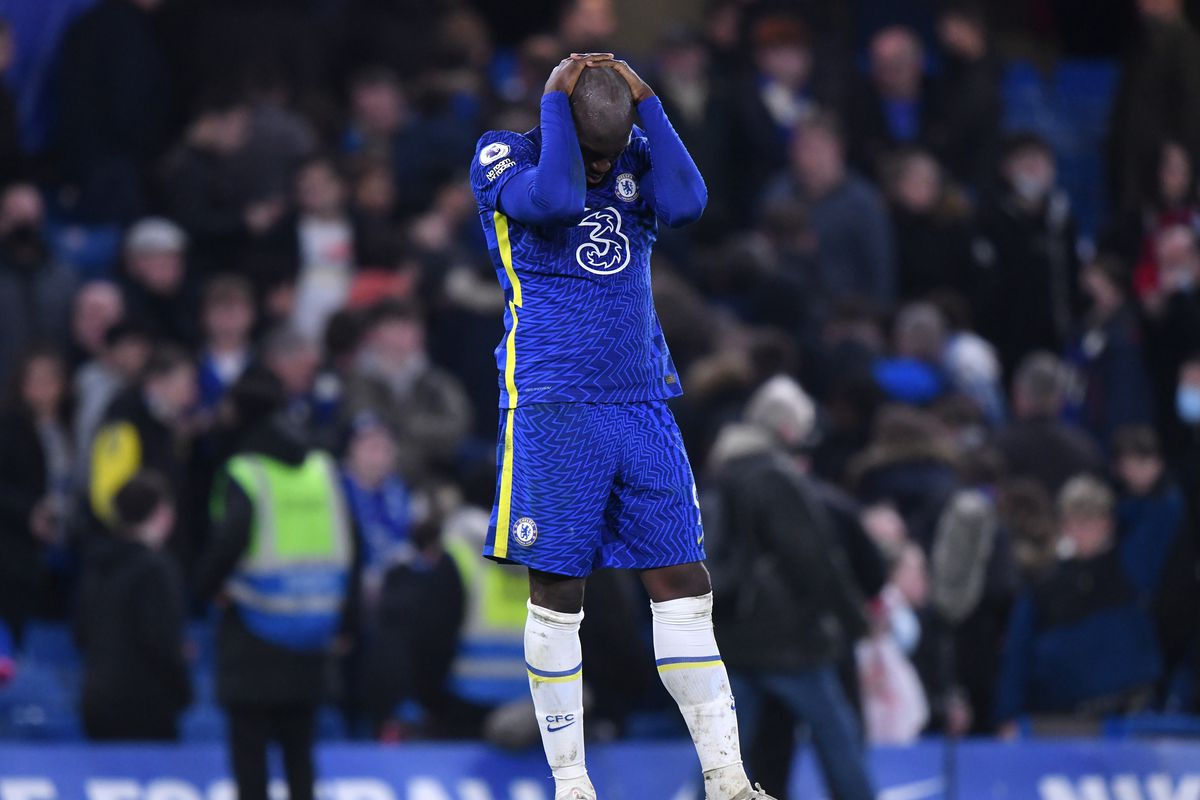 Chelsea then introduced Jorginho in place of Chalobah and Pulisic started playing as the right wing-back. Azpilicueta moved to central defense as Jorginho’s inclusion plugged the holes in midfield. It also prevented Salah and Mane from making their runs at the opposition goal from the middle third.

Liverpool also introduced Alex Oxlade-Chamberlain and Naby Keita in place of Diogo Jota and James Milner respectively. Moreover, Kostantinos Tsimikas made quite a few overlaps through the left to exploit the defensive shortcomings of Pulisic. However, neither side could score again and the match ended in a draw.

The Keita Conundrum: What should Liverpool do with Naby Keita?

African Cup of Nations: 5 Under-21 players to watch out for

Calciopoli 2006: The match fixing scandal that rocked Italy and left Juventus in Serie B