Liverpool dug deep to secure victory away to Burnley after a difficult afternoon against Sean Dyche’s side, with Fabinho’s first-half goal the difference.

Jurgen Klopp named a strong starting XI for the trip to Turf Moor, with Mohamed Salah and Sadio Mane lining up together for the first time in more than a month. Burnley had the measure of their high-flying opponents in the early stages, though, and could have gone in front when Wout Weghorst fluffed his lines with only Alisson to beat, while the Reds keeper also made a big save from Jay Rodriguez.

Liverpool introduced Thiago Alcantara around the hour mark, with the Spain international showing some tidy early touches, but while the score remained 1-0 Burnley were very much still in the game. The Reds missed chances to extend their lead, while Burnley defended resolutely under pressure from the visitors, but in the end the visitors took the points.

1. Salah and Mane not quite at their best

Jurgen Klopp revealed Mane wasn’t initially slated to start, but Senegal’s forward was brought in after Diogo Jota suffered a dead leg in the run-up to the game. There might have been questions over Mane and Salah after their exertions at the Africa Cup of Nations, but both had their moments in a tricky first half, with Salah seeing a penalty appeal turned down and Mane getting on the end of a chance but finding the body of Pope.

Mane lasted more than an hour on his return, eventually making way for Jota, but it’s clear he wasn’t quite up to speed after returning to training this week.

Liverpool will hope the last few weeks in Cameroon haven’t taken too much out of the 29-year-old, who was forced to get right back into the thick of things after the high of Senegal’s celebrations during the week.

Salah’s performance wasn’t one of his best, either, with an under-hit pass for Jota during a late break perhaps showing the Egyptian’s own rustiness. 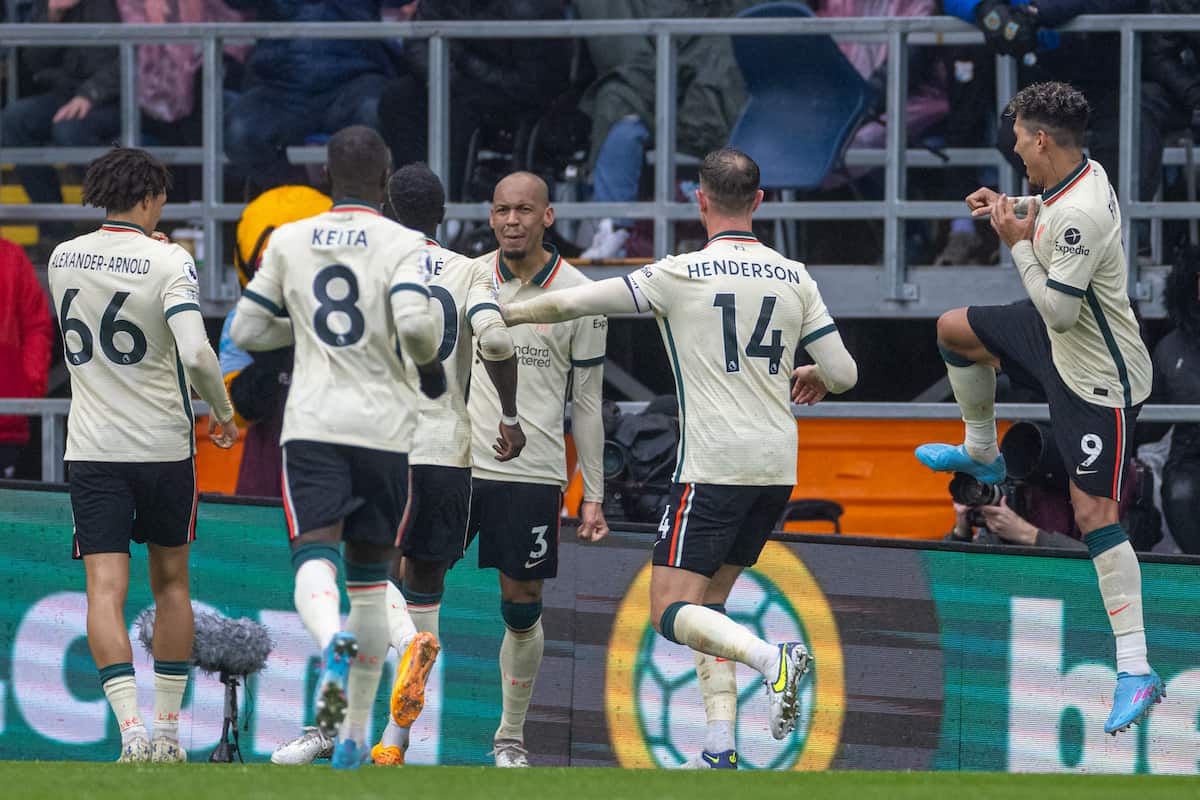 Roberto Firmino only scored once during his run of games while his fellow forwards were away at AFCON, netting in the FA Cup third-round victory over Shrewsbury Town. There is more to the Brazilian’s game than merely scoring goals, but even so, he’ll have been disappointed to have not delivered more over the last month.

With a number of players competing for starting berths – including new arrival Luis Diaz, who started on the bench – no one is assured of a starting place. Firmino was noticeably quiet against the Clarets, though, and it was far from the best audition ahead of some big games at home and in Europe.

Even the movement for his best chance of the game, a misplaced header after straying offside, won’t have delighted those watching.

Liverpool might have seen the presence of Wout Weghorst as training for their meeting with Inter Milan’s Edin Dzeko on Wednesday, and if that’s the case then there are definitely things to be worried about.

The Dutchman got into space on plenty of occasions, linking up well with strike partner Jay Rodriguez, and a better finisher could have given Burnley the lead before Fabinho struck at the other end.

Dzeko scored his 10th Serie A goal of the season on Saturday as Inter drew with title rivals Napoli, and has found some form once more as he prepares for a European return.

If he was watching Liverpool’s first half display, he may have been given some ideas ahead of Wednesday’s clash, and Weghorst’s withdrawal for the final 15 minutes may have seen some Liverpool defenders secretly breathing a sigh of relief.

Jurgen Klopp hasn’t always got the better of Sean Dyche in the Premier League, suffering a notable defeat at Turf Moor back in 2016 and also losing at home to Burnley last term. There has also been some bad blood between the two managers during previous meetings, ensuring there was always going to be an interesting sub-plot this time around.

While Liverpool have cruised to victory against stronger sides this term, Dyche appeared to once again know how to cause problems for the high-flying Reds.

Burnley might remain in trouble, with relegation a real consideration, but the Clarets manager will be encouraged by his team’s performance at both ends of the pitch. 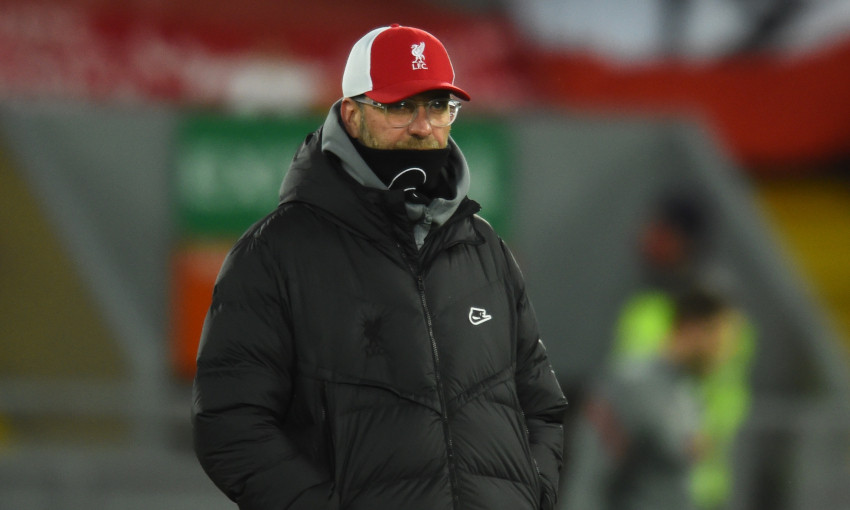 Not only was Liverpool’s manager able to pick his strongest XI, with no fresh injury worries, but he had the unusual dilemma of needing to leave senior players out of his 20-man matchday squad.

That meant there was no place for Takumi Minamino, Divock Origi, Curtis Jones or Joe Gomez, with Origi and Gomez missing out for a second straight game. Last season’s injury crisis meant keeping players happy wasn’t always a huge challenge for the Reds boss, but he may need to use his words and his actions to ensure he will still be able to call upon those on the fringes if and when he needs them to step in.

He’ll face another big decision during the week after Jordan Henderson’s under-par display, with Thiago staking a claim for a start at the San Siro, and it may well simply be a case of deciding not whether the former Bayern man starts but rather who he replaces.