The third seed was on the verge of elimination at 3-5, 15-40 on her serve in the third set before rattling off four points in a row. Osaka then twice broke the serve of the two-time Grand Slam winner Muguruza to prevail 4-6, 6-4, 7-5 in one hour and 55 minutes of gripping action on an empty Rod Laver Arena, devoid of fans for the second day because of coronavirus restrictions. 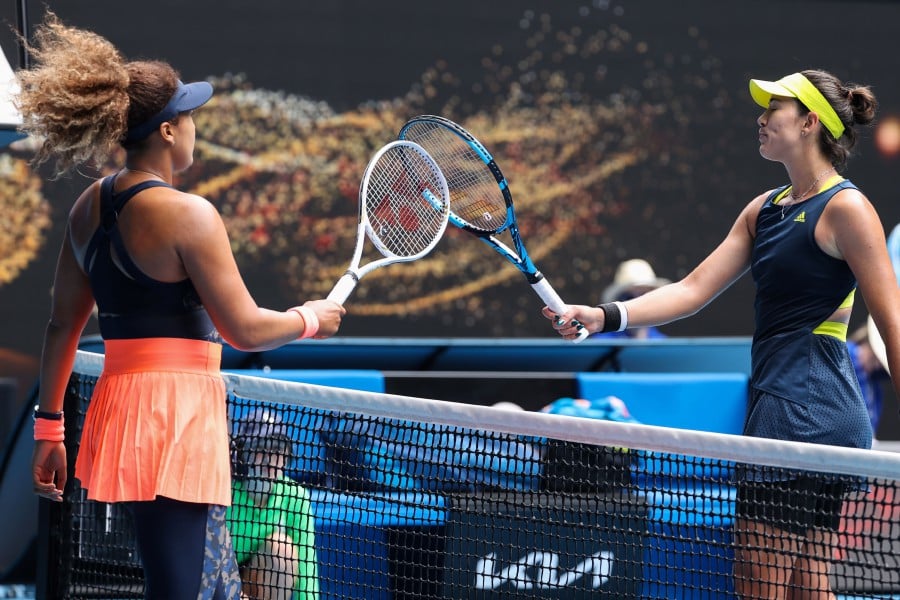 Osaka smashed 11 aces and 40 winners over the course of the match to secure victory, overcoming Muguruza, extending her winning streak to 18 matches in all competitions.

Osaka on her comeback win against Muguruza said:

Today I feel like I was a bit intimidated because I knew she was playing really well coming into this match and for me.

I feel like in the stressful points I feel I have to go within myself and I know that today I probably hit a lot of unforced errors.

Osaka will now have an all-Asian quarter-final against Taiwan veteran Hsieh Su-Wei, one of the most crafty players on tour.

Hsieh of Chinese Taipei cruised into the elite eight thanks to a 6-4, 6-2 triumph over No.19 seed Marketa Vondrousova of the Czech Republic to become the oldest player to make a last-eight debut in the Open Era.