They may have left it a little late but Liverpool did eventually sign a midfielder. Arthur Melo was the surprise name through the door at Anfield, completing a deadline day season-long loan move to the Merseyside club.

Initial reports claimed there would be no option to buy but Juventus released a statement revealing the Reds could make the Brazil international a permanent fixture in their squad for a fee of €37.5m.

In truth, it was a will they or won’t they saga that could’ve rivalled the Ross and Rachel storyline on friends. Liverpool set their sights on Aurelien Tchouameni early on but the Frenchman opted to move to Real Madrid. Following the addition of Calvin Ramsay, many journalists close to the club claimed no more incomings were on the agenda and that their business for this summer was done.

A month after that, while on the pre-season tour, Jurgen Klopp said he had enough midfielders at his disposal.

A change of heart from Klopp

“If nobody wants to leave – and no player came to me with that request yet and I don’t expect it really, to be honest – there is no need for a new midfielder. We cannot just add on midfielders.”

That was that until the final week of the window when Klopp changed his tune and admitted middle-third reinforcements were required, saying: “You were right and I was wrong” before going on to reveal that the Reds were in the market for the right midfielder. According to multiple reports, Liverpool tried to sign RB Leipzig midfielder Konrad Laimer but their advances were rejected. Eventually, they settled on Arthur. But why?

At the surface level, it doesn’t feel like a Liverpool signing. The 26-year-old has not had the best of time in Turin following his €72m move from Barcelona in 2020. As a result, he has lost his place on the national team and his stock has taken a nosedive.

However, there are reasons for this. Juventus, though often lauded for their activity in the transfer market, haven’t had great success with many signings over recent years. Adrien Rabiot is perpetually linked with a move away, Rodrigo Bentancur has impressed since moving to Spurs, Emre Can was eventually sold to Borussia Dortmund while Denis Zakaria just joined Chelsea on loan. 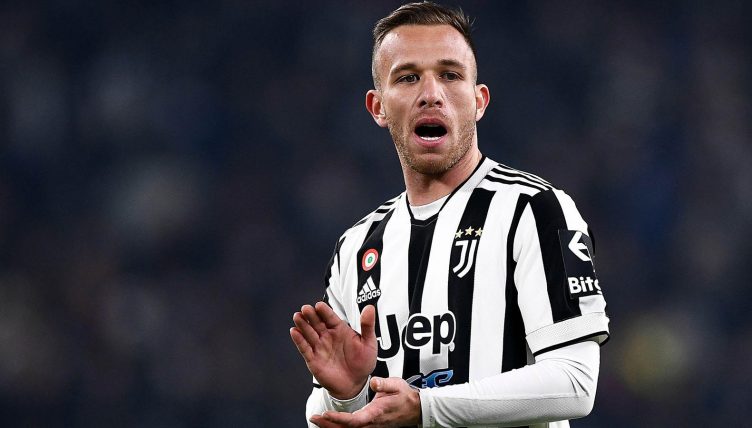 Aaron Ramsey failed to settle in Italy and is now with Nice in France, and that is only the midfielders. There is no shame in being shown the exit door by Juventus. Bedding in with the Bianconeri has not been easy. There have been a number of managerial changes and each one has a different idea on how they want the team to play.

Arthur joined a team managed by Andrea Pirlo with the former midfield maestro wanting Juventus to dominate the ball. After a year, he was replaced by the returning Max Allegri. The six-time Scudetto winner tasks his midfielders with retaining the ball.

All of the Juventus midfielders seem to have high pass completion rates and low creative numbers. It is by design. Unfortunately for Arthur, this never really suited him. To compound the situation, he has also been plagued by injuries. His time in Turin has been stop-start, at best. So why have Liverpool taken a risk and signed the former Gremio man?

They have likely looked beyond performances and instead looked at his profile. It wasn’t that long ago that Lionel Messi singled Arthur out for praise following his arrival at Camp Nou. The legendary forward likened him to a legendary midfielder.

He said: “The players who have come are all very good but, if I had to pick just one, I would say Arthur who has surprised me. I didn’t really know much about him and, talking about the similarities and comparisons, the truth is that his style of play is very similar to that of Xavi.

“He always wants the ball and looks for short passes, he doesn’t want to turn the ball over, he’s very reliable and the truth is, he surprised me.” 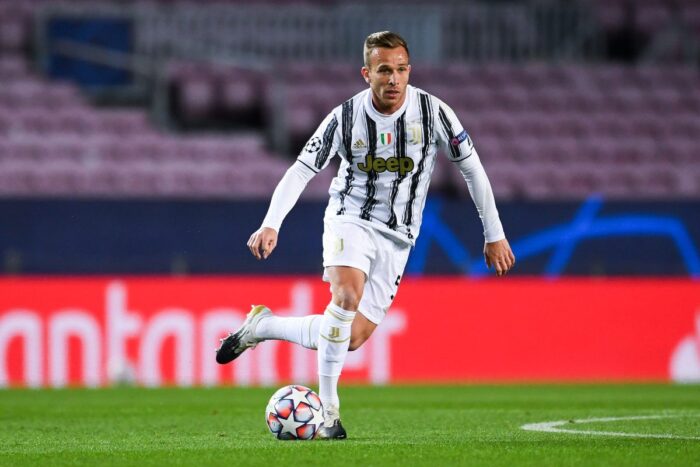 What Liverpool desperately needed in midfield was an understudy to Thiago. It would’ve been near impossible to find someone of his quality but someone with his profile would make all the difference to this team as it eases the burden on the Spanish playmaker. It would also allow the Reds to play the same way even when their No6 isn’t available.

When he isn’t on the pitch, Liverpool struggles to control the match. Their ball dominance is sterile and it all feels a little rehearsed. Thiago can play defenCe-splitting passes while simultaneously being safe in possession. Everything he does is precise and purposeful. Since the switch to the Premier League, the 31-year-old has averaged 86 passes per 90 and he’s found a teammate 90% of the time.

Liverpool needed a midfielder who could progress play without wasting the ball. Arthur ticks both of those boxes. It makes complete sense that the understudy to Thiago, a La Masia graduate is someone that Messi said had the “La Masia style”

For Juventus, he was averaging 75 passes in Serie A and he had a pass completion of 92%. Though he only racked up 3,500 minutes across two seasons in Turin, he did have some standout matches. In multiple games, he racked up over 100 passes while finishing with a pass success rate of over 90%. He set the tempo and controlled the game.

During his time with Barcelona, Arthur completed 93% of the 79 passes he was attempting on average. The pass volume is there meaning he won’t need to scale that particular aspect of his game to fit in at Anfield. The most interesting part about his game, however, is his pass selection. He can and he does mix it up, especially during his time with Barca when he was deployed primarily on the left, likely the same position he’ll be used in at Liverpool. 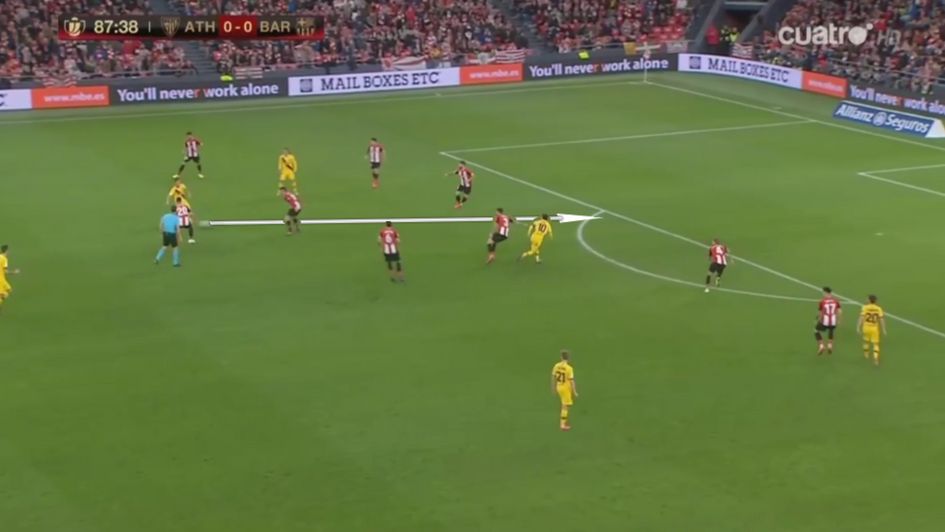 The pass (above) looks fairly straightforward but the timing needs to be perfect and the execution has to be flawless. Too early or too late and the pass is easily intercepted. Weight it wrong and it forces Messi wide or gets caught under his feet.

Only a couple of Liverpool midfielders see that pass, let alone attempt to execute it. It is the sort of pass that Darwin Nunez could have a lot of fun with. In this example, Arthur shows his quick feet and press resistance. Messi’s pass is a little ahead of the midfielder but he reacts quickly. He then drags the ball back using his left foot to escape the man looking to intercept the ball before dribbling into the now vacant space. 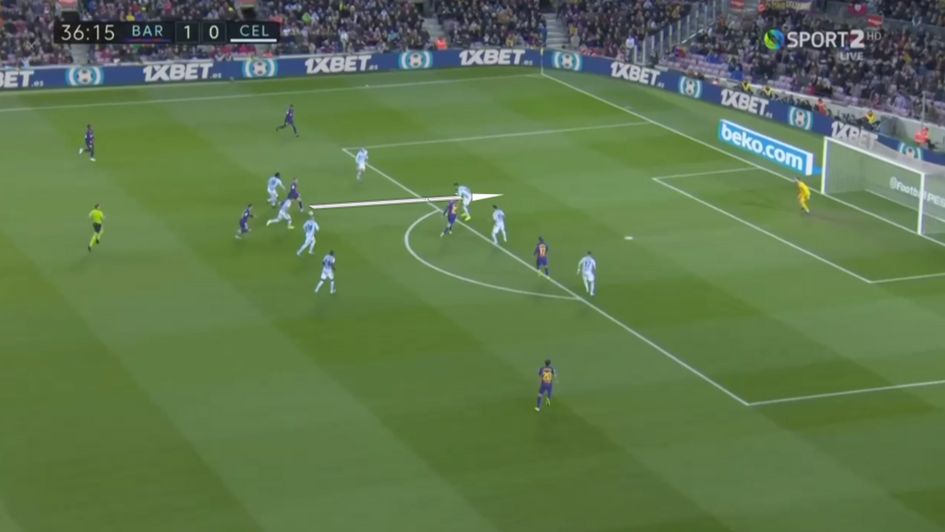 Unlikely to stay beyond May

Arthur then looks to thread a pass between the defenders and into the path of the Barca player making the run centrally. It is intercepted but the idea is a good one. This is the sort of thing Liverpool will want from him as the backup to Thiago.

It would likely take something special to convince the Reds to sign him on a permanent basis as they reportedly have their eyes on other long-term targets. But if he does impress, having someone who can help manage Thiago’s minutes for a fee of €37.5m is not the worst idea.

He doesn’t impede Harvey Elliott’s development and there is still room for a Jude Bellingham in the midfield as an heir to Jordan Henderson is still required.

It is very much a win-win situation for Liverpool.