Antonio Conte won three Serie A titles in a row with Juventus and then won the Premier League title in his first season, playing his most talked about formation. Pundits, fans, and journalists alike were raving about the ‘Catenaccio’ style of play. Catenaccio is a defensive-first form of football but has recently been called ‘boring’. We disagree with that opinion.

In comparison, Pep Guardiola’s tiki-taka style is sometimes so dominant that it becomes monotonous. Jurgen Klopp’s ‘Gegenpress’ can be high octane but fails to thrill at times. A look at his title-winning teams of the past shows how good and exciting they were to watch. This is what we will look at in this article.

Antonio Conte is a Juventus legend, and he returned to the club as their manager for the 2011-12 season. Juventus won the Serie A title, going unbeaten in all 38 games, scoring 68 goals, and conceding 20. They won the league again in the 2012-13 season, finishing nine points clear of Napoli. He completed his hat-trick in the 2013-14 season, amassing 102 points, 17 points clear of AS Roma. 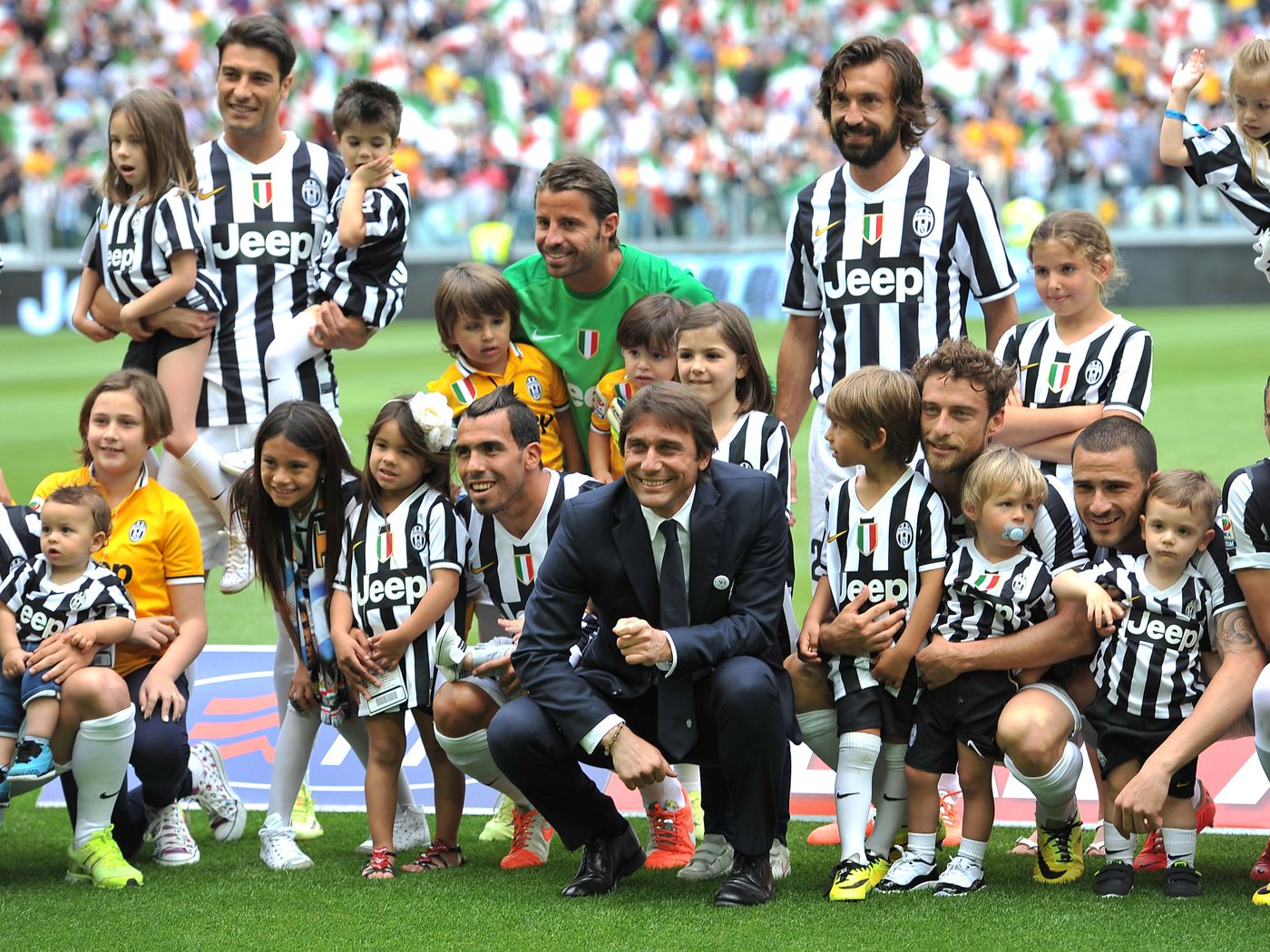 During those three seasons, Juventus had the best defense in all three seasons and topped the scoring charts in the final season. Juventus never had a dominant striker, but in 2013-14, they had Carlos Tevez and Diego Llorente, who caused havoc. Conte’s teams tend to distribute goalscoring amongst the team rather than just one player.

The foundations that he built spurred Juventus on to long-term success. Only recently did they relinquish the throne to Inter Milan. Juventus ranked in the top three for goals and assists per 90 for three consecutive seasons. A good defense is the best offense, and he certainly proved that in his time with Juventus.

After Euro 2016, Conte left the Italian national team to become the manager of Chelsea. He likened himself to a tailor in his first press conference as Chelsea manager and told the press he needed to find the best suit for his team. He said (as per Sky Sports): 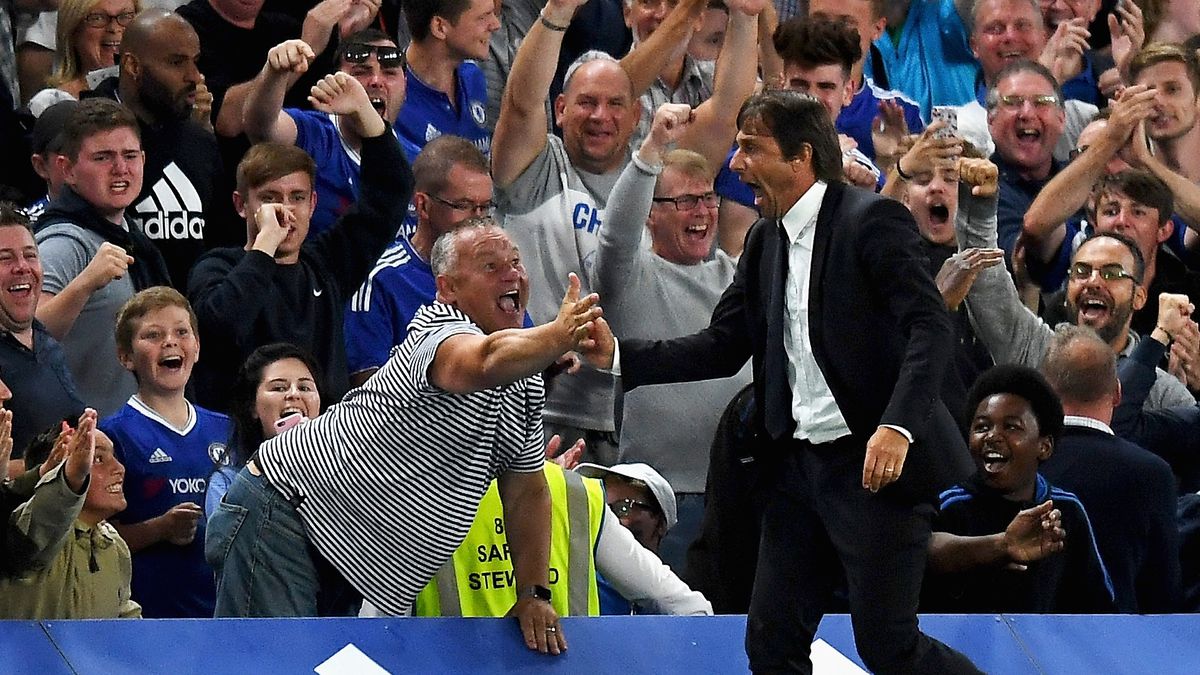 “When I was in Italy I liked to say the coach is like a tailor, who must make the best dress for the team,” said the 46-year-old. “Three at the back, four at the back. It’s not important. What’s important is the right spirit of the team and good organisation.”

He went on to stitch up a brilliant suit, as Chelsea won the Premier League with 93 points, scored 85 goals, one less than Tottenham, and conceded 33, the third least in the league.

Since then, several teams have now employed various forms of the three-at-the-back formation. The 2016-17 season is regarded as one of the most entertaining after Carlo Ancelotti’s title-winning campaign by many Chelsea fans. The 4-0 defeat of Manchester United, the 0-5 away win at Everton, and the comeback win against Manchester City. The brand of football was a joy to watch.

Conte joined Inter Milan for the 2019-20 season, and Inter finished a point behind title winners Juventus. Inter had the best defense in the league, but Maurizio Sarri finished just ahead of his compatriot. The following season (2020-21), Inter won the title 12 points clear of Milan with the best defense and second-best offense. Inter scored 89 goals were only bettered by Atalanta’s 90, and they conceded 35. It is poetic that the only manager to end the dominance that he started was Conte himself. Cristiano Ronaldo was the league’s top goalscorer with 29 goals, but Inter relied on more than one player to score goals. Simone Inzaghi has modified the formation at Inter this season, but the foundations remain.

Conte’s Tottenham – A Work In Progress

Conte replaced Nuno Espirito Santo as Tottenham manager in November 2021. At the time, Tottenham were ninth in the league. Tottenham are now fighting for a spot in the Champions League and, since the new year, are the league’s second-highest goalscorers with 42 goals. Only City have bettered them by scoring 45.

At Tottenham, he has found two potent goalscorers in Harry Kane and Son Heung-Min. The two have been brilliant together, and Dejan Kulusevski‘s addition has allowed Tottenham to score goals for fun. He will have to find solutions to the defense in the summer. Tottenham are in transition and their games can be entertaining but drab at times. The progress is visible though. 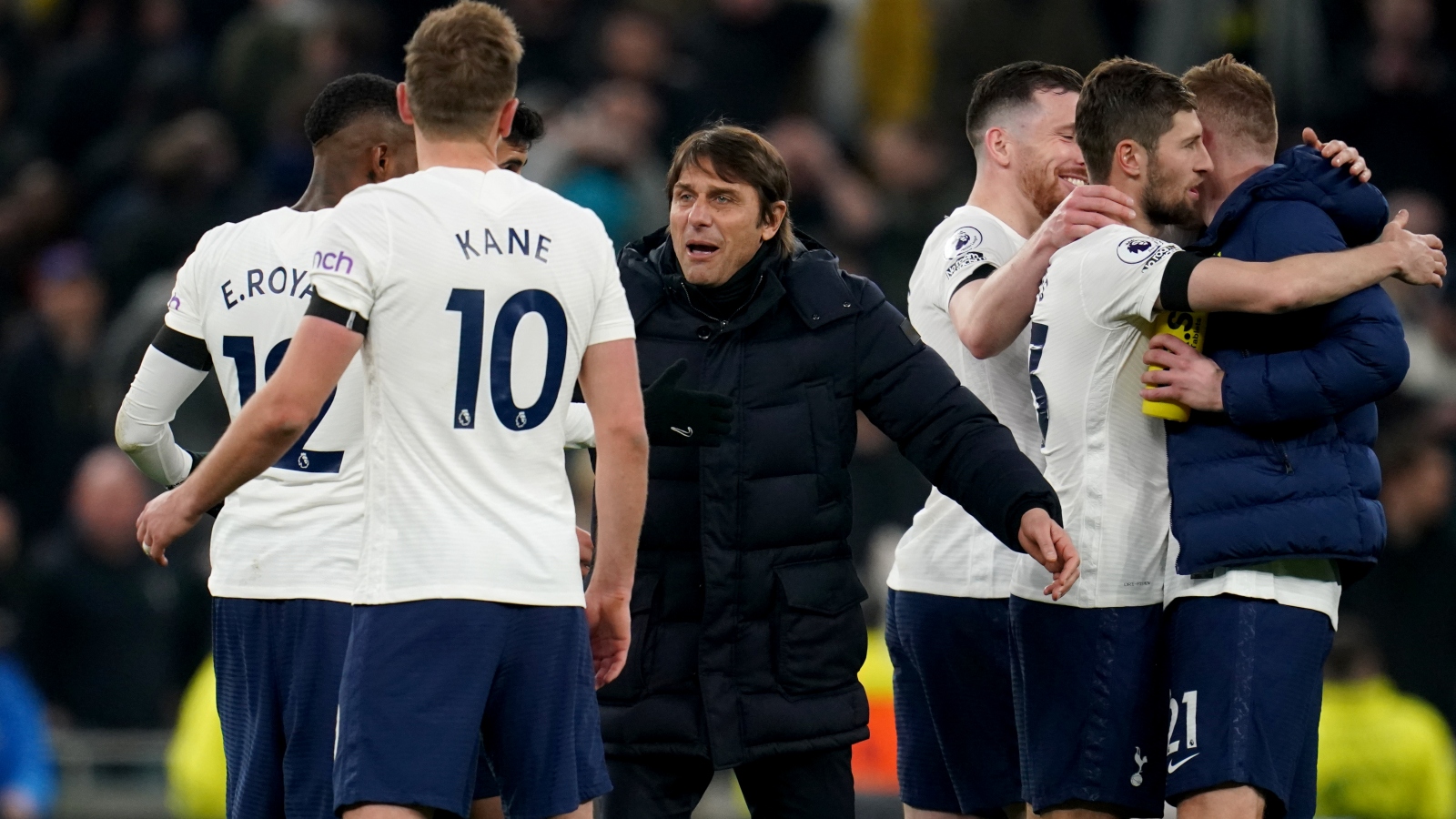 Are Conte’s teams ever going to dominate possession? No. Will they have solid defenses that can mount title challenges? Yes. Will they score plenty of goals despite not having the league’s best goal scorers? Yes. It is interesting to wonder what he could do with solid defense at Tottenham, given that he has some elite forwards in the squad.

His passion on the sidelines, coupled with the fast counter-attacking football, can be intoxicating when in full flow. When players, fans, and the manager become one, there is a strong sense of camaraderie. Only time will tell if Tottenham will become a great team under Conte. There is no doubt, over the quality of the man fans affectionately call ‘Don Antonio’.