The second round of fixtures in the 2022-23 Champions League group stage will soon commence, and an abundance of eye-catching results were thrown up left, right and centre in match week one.

For English and Scottish clubs, the Champions League will serve as their return to action following a rare weekend with no domestic action, as Queen Elizabeth II’s death led to the postponement of football up and down the United Kingdom.

For the rest of the continent, it has been business as usual in their respective leagues, but an array of teams representing the Premier League and Scottish Premiership will endeavour to use the extra rest to their advantage following opening-day defeats.

Here, The Konversation takes a look at five key talking points ahead of this week’s Champions League action.

“I’m very happy for Richi. He deserved to have a night like this. I remember when we signed him he said I can’t wait to hear the Champions League music and play in this competition. Not many words but important words for me.”

Words spoken by Antonio Conte when he recalled his first interaction with Tottenham Hotspur’s new boy Richarlison, who has unexpectedly forced Dejan Kulusevski out of the Lilywhites XI in the past couple of weeks.

Conte’s decision to start Richarlison for his side’s Group D opener with Marseille was certainly vindicated, as the former Everton man headed home the opening goal before coming up with a carbon copy of that effort five minutes later.

Emotion took over for the Brazil man at the Tottenham Hotspur Stadium, and Conte will once again be left scratching his head ahead of Tuesday’s trip to Sporting Lisbon, having been presented with the best kind of selection dilemma.

The introduction of Kulusevski breathed new life into Tottenham during the latter stages against Marseille, who had previously held out valiantly with 10 men, while Son Heung-min’s goalless streak continued. Conte seems reluctant to drop the South Korea international, though, so an intense shootout between Richarlison and Kulusevski should commence for the right-wing spot in Portugal.

There are conflicting reports as to how long Benzema’s knee issue may keep him sidelined for, but Ancelotti has already confirmed that the 34-year-old will not be available to take part in Wednesday’s Group F clash with RB Leipzig at the Bernabeu.

Luckily for Benzema, the forgotten man in Eden Hazard deputized expertly after replacing his colleague in the 30th minute against Celtic, which marked only his 15th Champions League appearance for Los Blancos.

The Belgian attacker set up Luka Modric’s effort before finding the back of the net himself to cap off a 3-0 success, which marked only his second goal and second assist in the tournament for Real Madrid.

Hazard was given the nod to lead the line against Real Mallorca at the weekend and will expect to hold his place at the tip of the attack on Wednesday, which will mark his first Champions League appearance from the first whistle since September 2021 – a whole 348 days would have passed in between those two European starts.

With RB Leipzig incredibly lacklustre on the defensive front in their 4-1 loss to Shakhtar Donetsk, the 31-year-old should be in with a good chance of scoring in back-to-back Champions League games for the first time in his career.

A Premier League London derby with Fulham would have been a challenging test of Graham Potter’s mettle, but the Chelsea head coach will arguably be handed a hotter baptism of fire for his first game in charge of Chelsea.

Dinamo Zagreb made Thomas Tuchel’s 100th game at Chelsea a miserable one as Mislav Orsic condemned the Blues to a 1-0 loss on the opening matchday in Group E, and Todd Boehly decided that enough was enough after that demoralising defeat.

With Tuchel now seeking his next job in management after being given the boot, former Brighton & Hove Albion head coach Potter is set to oversee his first-ever Champions League match this week, and the young prospects of Red Bull Salzburg are no pushovers. 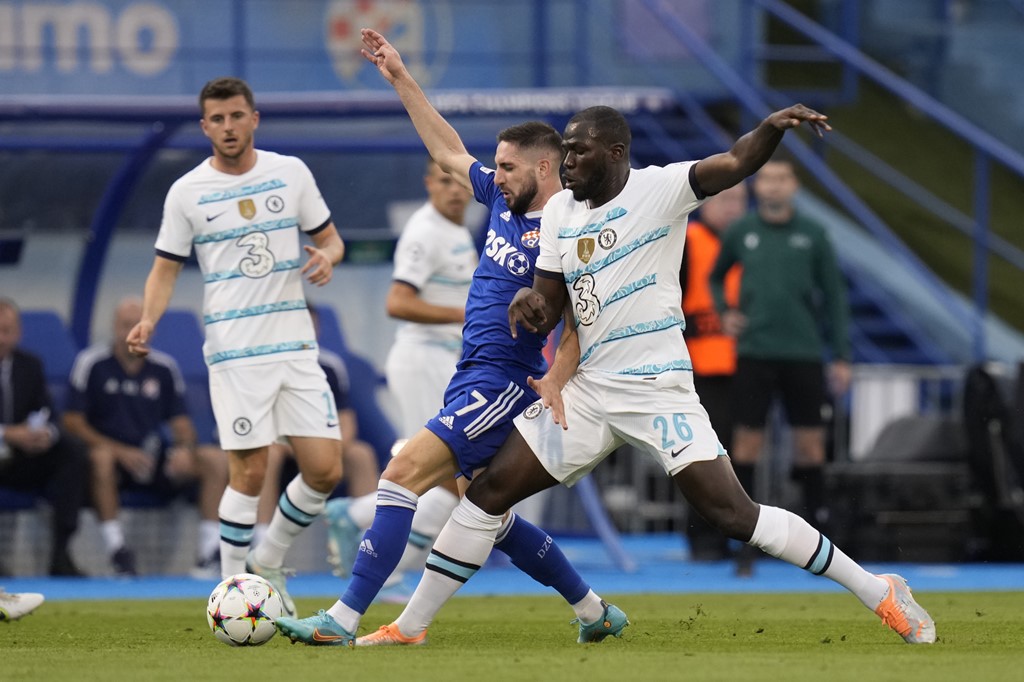 The Austrian champions travel to Stamford Bridge after holding Italian champions AC Milan to a 1-1 draw on an opening day, and Potter has plenty of dilemmas to solve for his inaugural match as he seeks to justify the owners’ decision into handing him a five-year deal.

Potter may not have any Champions League experience on his CV, but he famously led his Ostersunds side to a 2-1 win over Arsenal in the 2017-18 Europa League, and there is no shortage of big-name talent at his disposal.

The Englishman was supposedly overlooked for the Manchester United job due to an absence of Champions League matches, which will only serve as an extra incentive to kickstart his Stamford Bridge career on the front foot.

A seat has seemingly been reserved for Antoine Griezmann on the Atletico Madrid bench this season, with the Barcelona loanee only being considered for minutes as a substitute by Diego Simeone.

The Frenchman’s undesirable situation did not change when Porto paid a visit to the Wanda Metropolitano last week in Group B, but he would not even need half an hour of action to make the desired impact.

One of the craziest finales to a Champions League match in recent memory saw Mario Hermoso wheel away in celebration after his 90th-minute opener, but Matheus Uribe would appear to steal a point for Porto from the penalty spot in the sixth minute of added time. 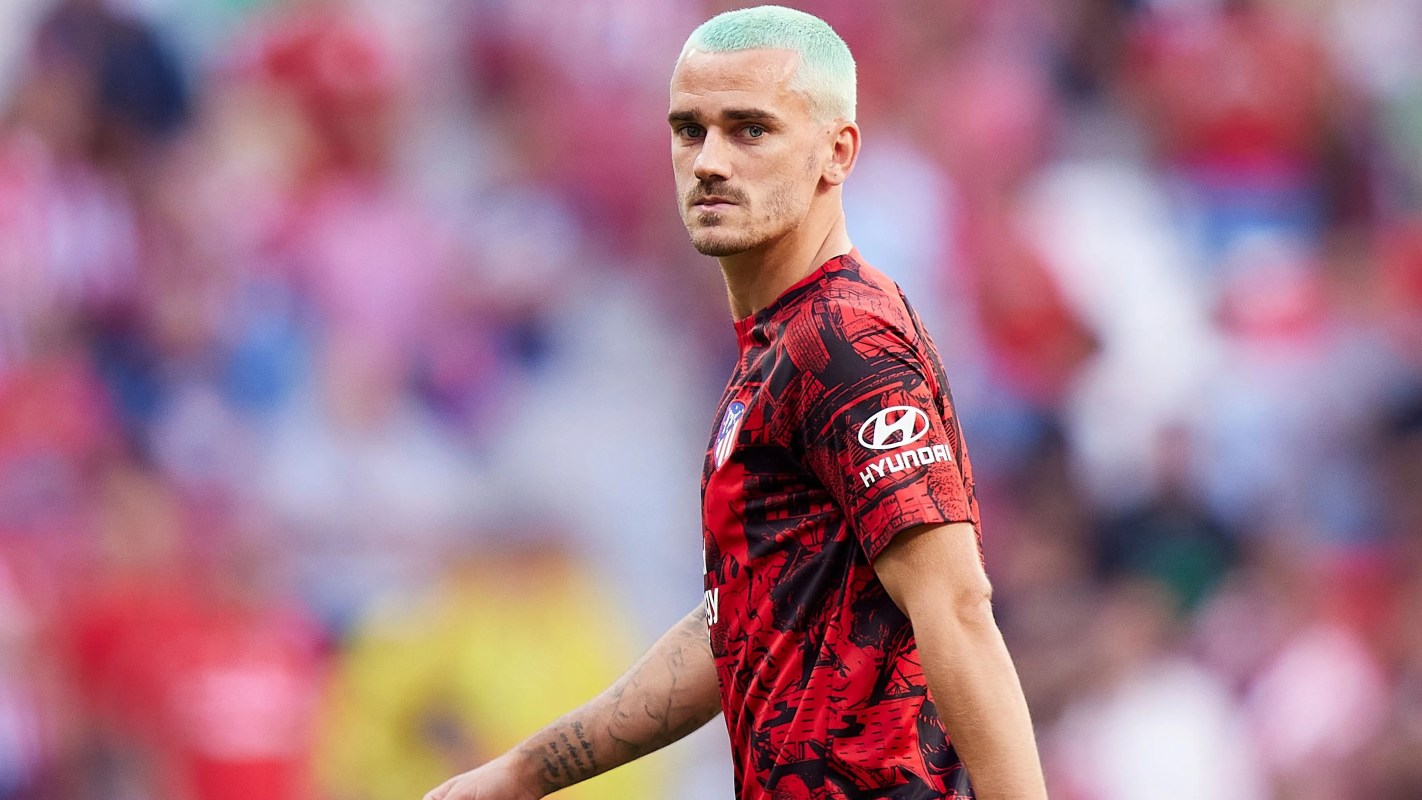 However, Griezmann’s back-post header in the 101st minute sparked pandemonium in the capital – even Simeone raced down the touchline to join in the celebrations – but a deeper issue runs within the striker’s contract.

Simeone has now brought Griezmann off the bench in six consecutive games this season having hinted that he was under club orders to do so – the France international will reportedly return permanently for a €40m (£35m) fee if he plays 45 minutes or more in 50% of games that he is available during his loan spell.

Now in the second year of his contract at Atletico, Griezmann started 81% of games for the club last term, so do not expect to see Simeone take his late winner into consideration when selecting an XI for Tuesday’s trip to Bayer Leverkusen.

While Napoli had consistently produced the goods against Liverpool at the Stadio Diego Armando Maradona in the past, not even Luciano Spalletti could have foreshadowed the humiliation his side would inflict upon the Reds last week.

Injuries, a perceived lack of belief, and a misfiring Mohamed Salah have all contributed to Liverpool’s slow start to the new season, but those in red who made the journey to Naples would have been forgiven for demanding a refund from the six-time European champions after that 4-1 loss.

Social media was awash with Liverpool fans criticising the decision to start James Milner in the heart of midfield – the 36-year-old then gave away a penalty and picked up a yellow card in the first half – and the likes of Joe Gomez, Virgil van Dijk, and Trent Alexander-Arnold all flattered to deceive as well. 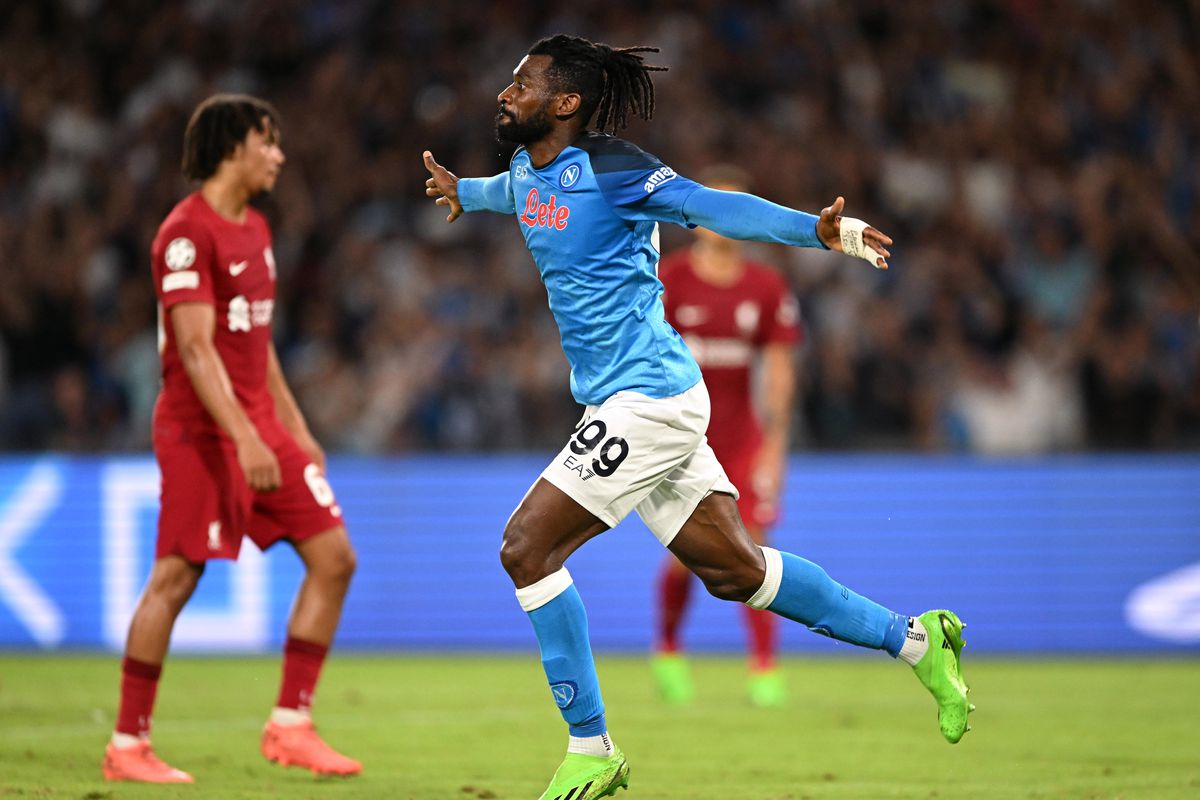 Given how hectic the Liverpool schedule is, Jurgen Klopp – who is never one to keep quiet about fixture congestion – should have welcomed the opportunity for an extended rest as he works tirelessly to help Liverpool “reinvent” themselves.

Getting the better of an Ajax side who thumped Rangers 4-0 on the opening day would certainly act as a catalyst for improved fortunes for the Reds, who edged past the Amsterdam giants 1-0 home and away in 2020-21.

On the other hand, defeat would signal the first time in Liverpool’s illustrious history that they have opened a Champions League campaign with back-to-back defeats, and the pressure could hardly be weighing heavier on the shoulders of Klopp’s crop